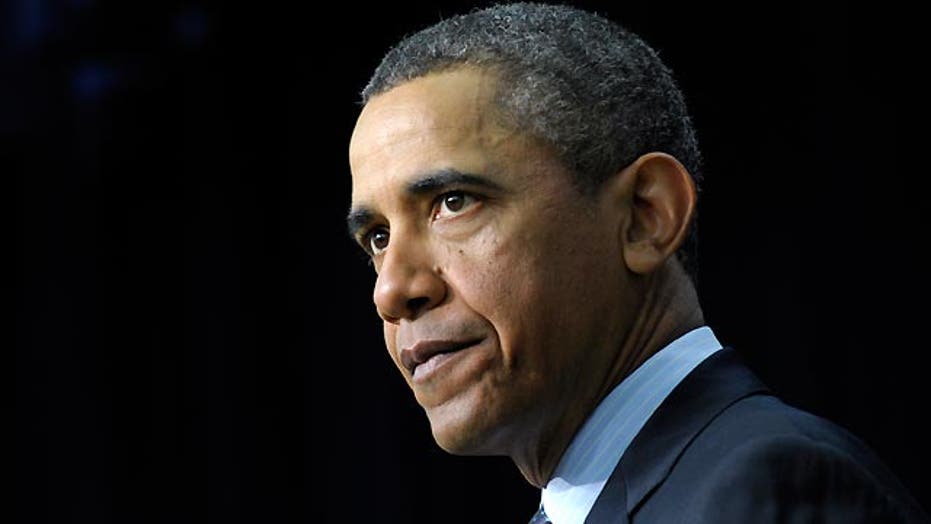 How will Obama administration punish Edward Snowden? Skepticism in government builds and can Derechos be calmed with $20 billion?

“The greatest danger zone a president can be in is when he is being attacked on the left and the right. When they are reading off the same talking points, that’s when presidencies fall apart.”

-- Dan Pfeiffer, senior adviser to President Obama, in an interview with the Washington Post.

In the little that President Obama has said publicly about his administration’s recently exposed domestic surveillance programs he has returned to the overall motif of his presidency: warning against excessive distrust of the federal government.

While hawks wait anxiously to see if Obama can summon the political courage to defend the programs he has expanded despite his onetime opposition, the president has so far used the occasion to preach against what he seems to believe is a virus of anti-government sentiment in the nation.

(At this moment it appears more likely that Obama will mostly leave it to Republicans to defend his programs, as he and they did with his war in Afghanistan and his flying killer robots. But who knows? The stakes are so huge here that even Obama may not be immune to political risk taking.)

Obama’s commencement speech this year at Ohio State, his 2011 reprise of fellow liberal icon Theodore Roosevelt’s “New Nationalism” speech and many others, particularly his off-the-cuff comments on those who “get bitter and cling…” have been musings on the theme that the deep distrust of government in the United States is not just harmful but artificial – that moneyed corporate interests are behind these sentiments.

Obama’s argument in concentrate is that rich people play on the fears and prejudices of the working class in order to block government from fulfilling its rightful role as regulator and protector. This is a particularly unhappy view of the condition of the American experiment arguing as it does that the majority of the citizenry has been bamboozled into mistrusting their own protector.

Whatever the dark impulses and manipulations Obama believes lay at the heart of American disdain for government, the effect is that the president does not often deign to honestly engage the critics of his agenda and worldview. If he thinks that the Koch Brothers and Exxon lurk behind every critic of big, powerful government (apparently a view shared by many in the IRS), why would Obama give them the time of day?

If they are not, as the president says “on the level,” why indulge them and allow them to distract from his goal of reorganizing the community of the disenfranchised around the banner of “collective action?”

As scandals and misdeeds rack his administration, though, Obama is paying a high price for his cynicism as Americans return the favor.

Just flip through the results of the latest FOX News poll:

-- 56 percent of voters believe Obama did not try to rescue the doomed garrison in Benghazi, Libya because he didn’t want to risk his re-election.

-- 74 percent said that when it comes to openness and transparency, the Obama administration is either the same or worse than George W. Bush’s administration.

The result is that Obama, in whom the public had long placed more trust than it did in his government, finds himself for the first time at the break-even point on the question of whether he is personally honest and trustworthy. That rating, which stood at a shimmering +49 percent in the spring of 2009, is almost certainly heading into negative territory.

All of that leads to Obama’s lowest job approval rating since April 2012 when the economy again tumbled amid "headwinds." It's worth noting that voters are darned cheery about the economy and still are turning on the guy. And the 44 percent who still give him a passing grade will likely shrink too.

Obama has consistently questioned the patriotism and motives of his adversaries. It was enough to win him a second term against a candidate whom Team Obama turned (with Mitt Romney’s help) into the personification of corrupt corporate abuse of middle-class America.

But as Obama comes under withering attack from left, right and center, he is finding that many voters don’t think he is on the level either.

“So here is a guy saying, ‘It's over, essentially. I am winding it down.’ And at the same time running this unbelievably huge, invasive program whose only idea, whose only basis is the vast terror threat out there.  So he doesn't only support the program, he contradicts it in public.  That's a total lack of leadership and that's why his numbers, the poll numbers he now has are markedly down.”