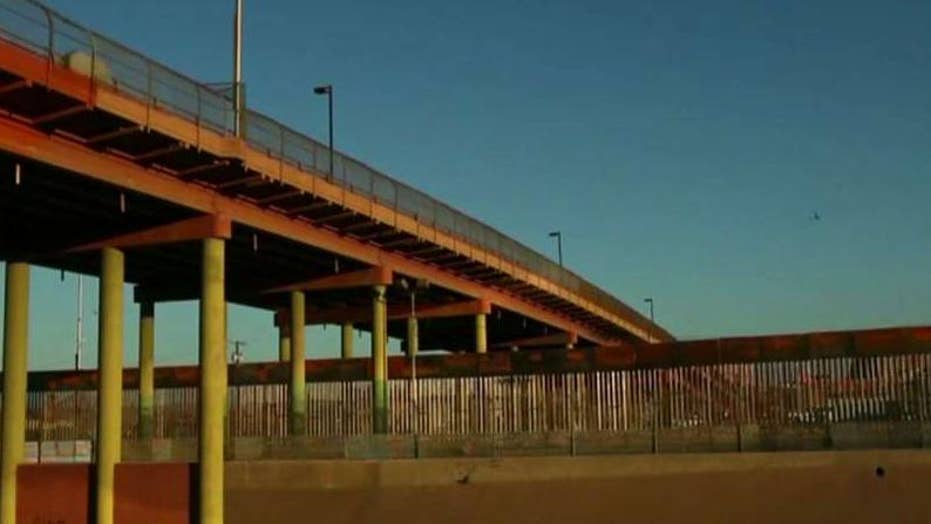 DONNA, Texas -- As the Trump administration ramps up its efforts to build 450-500 miles of border wall by the end of next year, new Acting Department of Homeland Security (DHS) Secretary Chad Wolf toured new construction this week, and declared that such efforts to combat illegal immigration are “common sense.”

“Simply put -- walls work,” the new acting DHS chief said Thursday, speaking to reporters in the Rio Grande Valley sector and surrounded by Border Patrol agents. “We have seen over and over again that when we construct a wall, illegal activity goes down. We saw it in the 1990s in San Diego, and we are seeing it today in El Paso.”

Wolf took over the role from former Acting Secretary Kevin McAleenan this month, and has so far shown no sign of backing down or changing course on delivering on Trump’s central 2016 campaign promise.

“It’s common sense,” he said. “No one disputes that we should give our men and women in the military the best equipment to keep them safe and to keep our country safe. Why should things be any different for the men and women of the Border Patrol, who are protecting our homeland?”

The administration has been ramping up efforts over the summer to secure critical strips of private land in order to enter a new phase of construction -- where they are not just revamping existing structures, but constructing “new linear wall” where no structure existed before.

The wall has faced significant challenges, including the securing of private land and legal challenges, as well as an almost entirely united bloc of Democratic support against the wall in Congress. In September, the Supreme Court sided with the administration in lifting a freeze that halted plans to use Pentagon money for wall construction -- giving the administration more money to work with.

It has also faced reports that smugglers may be able to cut through the border wall with easily-purchasable power tools. U.S. border agents told The Washington Post that smugglers have been using reciprocating saws to cut through steel and concrete. The saws could cut through beams, regardless of their material, in just a few minutes, agents said. The administration has said that no structure is perfect, with Trump arguing "you can cut through anything."

On Thursday, Wolf said that so far 83 miles of new wall have been built. While critics noted that much of the mileage is revamping existing wall, officials have argued that some of the structures it replaced are so flimsy -- including Normandy-style landing mats -- that it is essentially new wall.

“When we tear down 1970s era landing mat wall that is seven-eight feet high and you put up what's behind us, that's not replacement wall -- that is a new wall that is a new physical infrastructure,” he said. “So I don't agree with the assertion that we’re simply replacing wall by constructing what's behind us in places that have never had this type of physical infrastructure.”

And it is an overpowering structure. While still under construction, the 30-foot structure towered over both Wolf and the officials who accompanied him on the tour. Officials also call it a "border wall system," noting that it includes lighting and cameras, as well as roads with which to be able to access different parts of the wall quickly.

Wolf said that 110 of the 450-500 miles will be built in the Rio Grande Valley, and said that they have funded and built more wall in the first three years of the Trump administration. He also dismissed claims by Democrats that the wall is a "vanity project," saying it had been recommended repeatedly by border agents who called it a "game changer."

"As an agent for 21 years in Border Patrol, this is what we’ve been asking for, we’ve been Asking for this kind of enforcement system that allows us to really work smarter," she said.