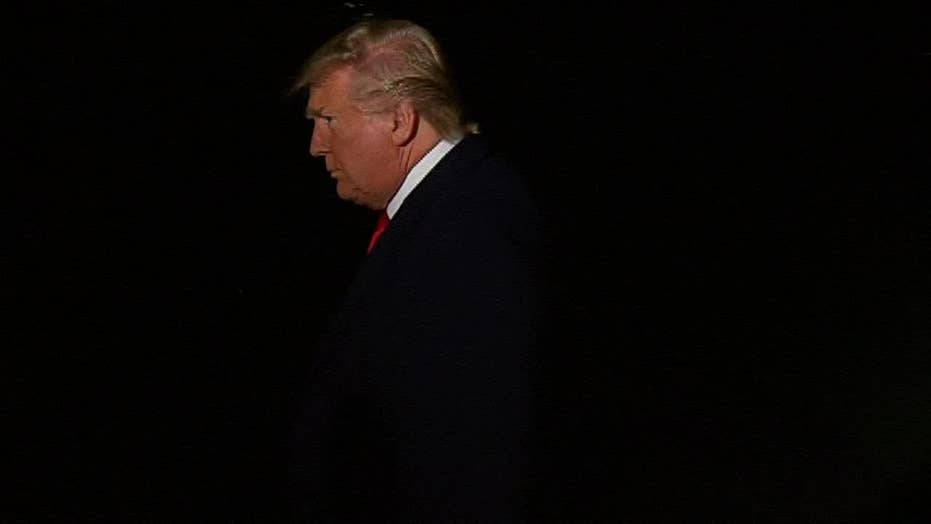 The president commented on the reports of smugglers sawing through portions, saying that it can ‘easily’ be fixed.

President Trump on Saturday appeared to shrug off concerns that smugglers may be able to cut through portions of the U.S.-Mexico border wall with ease, as a new report had suggested.

Asked by reporters outside the White House to comment on the matter, Trump conceded that although the border wall was powerful, “you can cut through anything.”

“But, we have a lot of people watching,” Trump qualified. “Cutting is one thing, but it’s easily fixed. One of the reasons we died it the way we did, it’s very easily fixed.”

Trump’s comments came after a report from the Washington Post, which said smugglers in recent months have managed to breach sections of the border wall by sawing through steel and concrete, creating gaps wide enough to smuggle people and drugs through them.

U.S. border agents told the Post that the smugglers have been using reciprocating saws to cut through steel and concrete. The saws could cut through beams, regardless of their material, in just a few minutes, they said.

When smugglers have breached a section of the wall, a welding crew would be dispatched to fix the opening, the Post added.

In other cases, smugglers would return a cut piece to its position, using putty to make it look like it was fixed. This way they could keep smuggling humans and drugs through these openings, according to the report.

Electronic sensors aimed at detecting vibrations from saws have been installed in some areas, but not all, the report said. Alternatively, smugglers have used makeshift ladders to climb one side of the wall and hang ropes to scale down the other side.

An administration official told the Post that such instances were still relatively rare and the new fencing had “significantly increased security and deterrence” along the San Diego and El Centro sections of the U.S.-Mexico border.

Fox News made multiple attempts to reach U.S. Customs and Border Protection for comment but did not receive a response.