Will Donald Trump Jr. go to jail if he does not comply with the Senate Intelligence Committee's subpoena?

“This is a guy who continues to just make a mockery of the entire FBI and the Department of Justice,” Nunes said, reacting to Comey’s appearance at CNN’s town hall event on Thursday.

“This is the guy who, remember, leaked his memos in order to make sure that a Special Counsel was created to investigate the president.

"This is the guy who put an unverified dossier in front of a FISA court. There are lots of problems with Comey’s story. None of it matches up with reality.”

President Trump fired Comey on May 8, 2017, prompting the FBI to investigate possible obstruction of justice amid the Russia collusion probe.

The FBI’s tactics of gathering intelligence over the course of the investigation have spurred an internal inquiry by the Justice Department’s inspector general, Michael Horowitz. 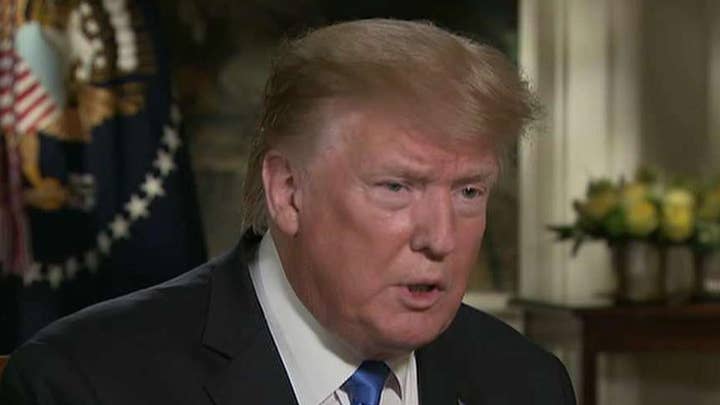 Horowitz’s review will examine the methods the FBI used to secure a warrant to surveil former Trump campaign aide Carter Page by using the dossier that was compiled by Christopher Steele, a former British spy.

“The FBI in my view took very reasonable steps, careful steps to try and understand is that true,” Comey said Thursday of the FBI surveillance tactics on members of Trump’s 2016 campaign, dubbed “spying” by Trump and Attorney General William Barr.

“I can’t believe Republicans would have wanted it any other way and we acted in a very responsible, limited and constrained way. I’m proud of the way we conducted ourselves.”

“There’s no question as it relates to the FISA on Carter Page that nothing was done by the book,” Nunes said. “In fact, it was all done – it was all very irregular.” 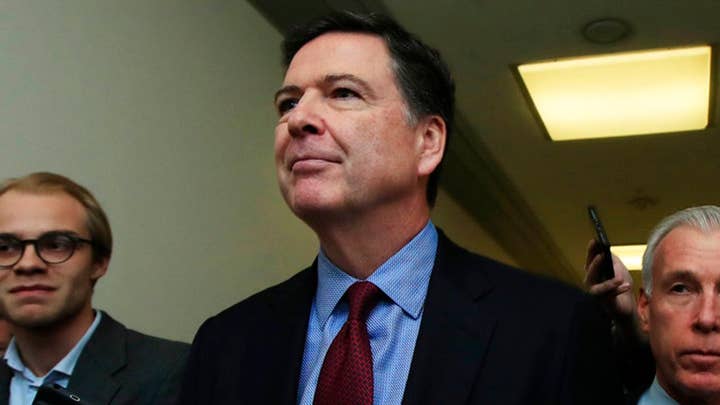 Comey says he is not against the FBI’s internal review but is confident that the inspector general won’t uncover any misconduct by the FBI.

“I don’t think he’s telling the truth, is the bottom line here,” he said. “The former FBI director is not a stupid man and he’s acting awfully stupid...Remember when he came before our task force at the end of the last Congress, this is a man who couldn’t answer a question. I think, you know, over 100 times said things like, ‘I don’t recall’ so whenever put under oath on a body like the legislative body of Congress, the guy couldn’t answer a question. He could do a town hall and make a lot of things up but look I think Mr. Comey is in a lot of trouble and he should be. He made a mess of the FBI.”

Special Counsel Robert Mueller delivered the findings of his over the two-year investigation to the attorney general in March, who summarized that the president had not obstructed justice in the investigation in a memo Mueller later criticized.

Democrats in the House Judiciary Committee have continued to spar over Barr’s summary of the report, and have voted to hold the attorney general in contempt of Congress for defying a subpoena for the unredacted version of Mueller’s report and other documents related to the investigation.

The Senate Intelligence Committee also subpoenaed Donald Trump Jr., the president’s son, on Wednesday in regards to his knowledge of a deal to build Trump Tower in Russia.  Trump Jr. testified to the Senate Judiciary Committee in 2017 that he knew about the plan only “peripherally” but Michael Cohen, Trump’s ex-lawyer testified in February that he spoke to Trump Jr. about it approximately 10 times. 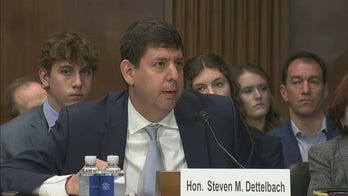 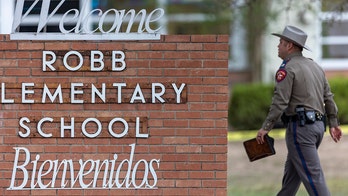