POMPANO BEACH, FL - OCTOBER 04: Mary Collante (L) and Zunilda Boone along with other members of the Florida Immigrant Coalition prepare to go door to door looking to sign up voters during a voter registration drive by on October 4, 2012 in Pompano Beach, Florida. Efforts to get people to register to vote for the upcoming presidential election ends on Tuesday the 9th when the voting rolls close in Florida. (Photo by Joe Raedle/Getty Images) (2012 Getty Images)

Texas is home to 10.2 million Hispanics, 19 percent of the country's Latino population. Excluding noncitizens and those under 18, about 5 million Texas Hispanics will be eligible to vote in the 2016 presidential election, but less than half may register and fewer still are likely to cast ballots.

Consider the 2014 midterm elections, when less than 2.3 million Texas Hispanics reported in U.S. Census surveys that they were registered to vote — about 46 percent of the nearly 4.9 million that were eligible and about 300,000 fewer than reported being registered in 2012.

That untapped electorate helps explain how, even though a majority of the state's residents will be Hispanic by around 2030, Texas has grown increasingly conservative. No Democrat has won statewide office here since 1994, the country's longest political losing streak.

Some Hispanics support Texas conservative causes, such as religious values and opposing abortion, but overall, Latinos statewide still lean strongly Democratic, as do their counterparts elsewhere. Higher Latino turnout won't turn this red state blue in November's presidential election, but given how much the Hispanic population is booming, even small improvements could make a big difference in the future. The trick will be pulling that off.

"We should know that demography is not destiny," said Henry Munoz III, a longtime San Antonio community organizer who now serves as the Democratic Party's National Finance Committee Chair.

"If you grow up in a house where mom and dad go to church, you'll go too as an adult. If they don't, you probably won't," Salinas said. "If parents don't vote, the kids won't."

Texas ranks near the bottom nationally in total voter turnout, due in part to a heavily-under-30 population, which tends to vote less than elder counterparts.

Count Lesley Resendiz, a 20-year-old from Houston, among them. She is registered and said she knows how important it is for Hispanics to embrace voting, but that her work schedule kept her from doing so in the March primary.

"A lot of people I know use social media to talk about politics," Resendiz said. "But they don't vote because it's not as easy as just going online."

Across the country, naturalization applications are up 14 percent in the last six months of 2015 compared with the same period the previous year. That has fueled speculation that many Hispanics are anxious to vote against Donald Trump, fearful of the Republican nominee's harsh immigration rhetoric.

But Alberto Morales, project coordinator for the Advocacy Alliance Center of Texas, which leads voter registration drives along the Texas-Mexico border, cautions that it might not translate to higher turnout.

"There is frustration," Morales said. "We would just like for more of the population to come out to vote and they're just not."

Because Texas is so solidly Republican, neither Trump nor Democrat Hillary Clinton will focus on it for November's election, meaning there'll likely be little excitement and potentially fewer people at the polls. Still, Crystal Zermeno, the director of special projects for the Democratic field organization Texas Organizing Project, said Hispanic voter outreach hasn't been a top priority for decades.

"Very little is spent on the field, going out there and knocking on doors," Zermeno said. "And you have to have real, authentic conversations with people. Simply showing up isn't enough."

So, the state Republican Party has staffers focused on boosting minority turnout; Ted Cruz became the first Hispanic elected to the U.S. Senate from Texas in 2012, despite his support for strict immigration policies.

Sergio Terreros, a 34-year-old marketing professional in Houston originally from Monterrey, Mexico, who became a U.S. citizen last year, said he may vote for Trump.

"I don't like the hate he talks about," Terreros said. "But I do agree with what he says about running the country like a business."

Terreros was attending the same festival as Villenas, who continued approaching would-be voters despite numerous rejections. Finally, she found Jonathan Avalos waiting in line for free McDonalds smoothies. The 18-year-old agreed to register to vote for the first time, though Avalos said he's not sure he'll actually cast a November ballot.

"I'd heard about Trump and everything," he said. "But I really have no idea what's going on." 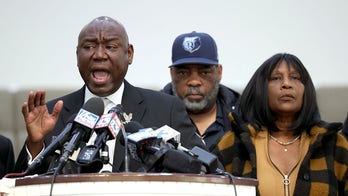