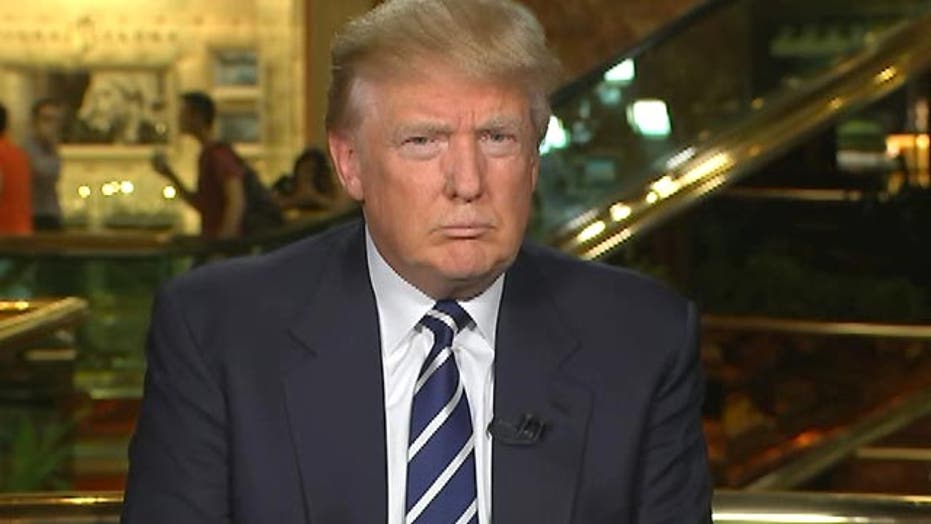 Iowa's largest newspaper has called on Donald Trump to drop out of the 2016 presidential race amid the furor over the real estate magnate's weekend comments about Sen. John McCain's service during the Vietnam War.

At a conservative summit in Iowa Saturday, Trump, whom several polls have shown to be leading the Republican field, dismissed McCain's reputation as a war hero, saying of the Arizona Republican who was held for five years as a prisoner of war in Vietnam, "I like people who weren't captured."

In an editorial piece published late Monday, the Register said Trump's comments were "not merely offensive, they were disgraceful. So much so, in fact, that they threaten to derail not just his campaign, but the manner in which we choose our nominees for president."

The paper, the most influential in the first-in-the-nation caucus state, went on to say that if "[Trump] had not already disqualified himself through his attempts to demonize immigrants as rapists and drug dealers, he certainly did so by questioning [McCain's] war record."

Trump appeared to back off some of his comments Monday, telling Fox News' Bill O'Reilly that "if there was a misunderstanding, I would totally take that back." However, Trump also said he "used to like [McCain] a lot. I supported him ... but I would love to see him do a much better job taking care of the veterans."

The Register, which broke a 40-year run of backing Democrats in presidential elections by endorsing Mitt Romney in 2012, was the latest voice to pile on Trump for his comments, joining veterans groups, Republican colleagues and President Obama's spokesman, who defended McCain and called on Trump to apologize.

Paul Rieckhoff, founder of Iraq and Afghanistan Veterans of America, said Monday that Trump's "asinine comments" were "an insult to everyone who has ever worn the uniform — and to all Americans."