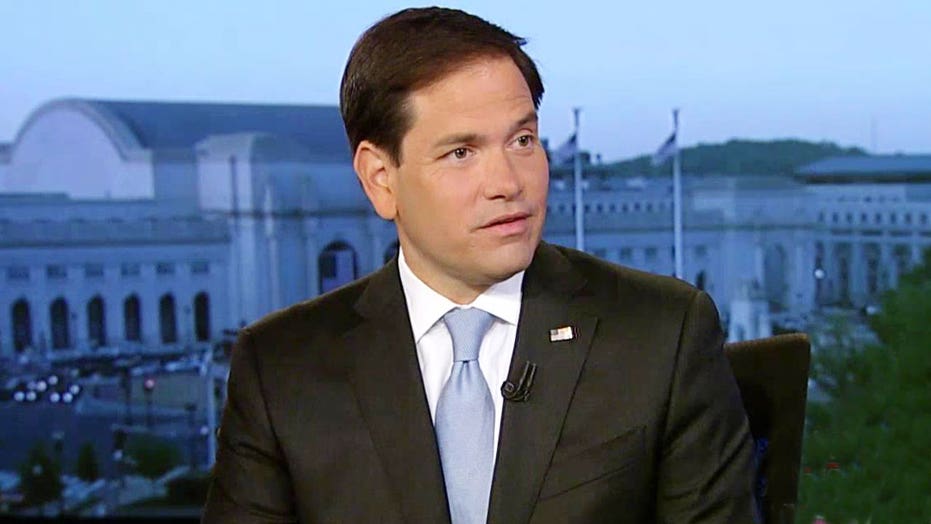 Rubio: 'difference in opinion with pope'

Democrats’ attempt to stir up a “Nazi” controversy involving Republican presidential candidate Marco Rubio, who visited a home on Yom Kippur eve that had Hitler artifacts, is being shredded by the GOP and others calling it a “false controversy.”

The Democratic National Committee on Tuesday, the eve of the holiest day on the Jewish calendar, pointed out that Florida Sen. Rubio was attending a fundraiser at the home of Dallas-area developer Harlan Crow, who owns a signed copy of Hitler autobiography Mein Kampf and at least one of the Nazi leader’s paintings.

“Holding an event in a house featuring the artwork and signed autobiography of a man who dedicated his life to extinguishing the Jewish people is the height of insensitivity and indifference,” committee Chairwoman Rep. Debbie Wasserman Schultz said in a statement. “Mr. Rubio … should cancel this tasteless fundraiser.”

However, Wasserman Schultz, who is Jewish and a fellow Florida lawmaker, did not mention Crow has an extensive and well-documented collection of historical records and artifacts that goes well beyond World War II items. They include a statue of former British Prime Minister Margaret Thatcher and items belonging to Abraham Lincoln.

Allison Moore, the Republican National Committee’s national press secretary, said in a statement that "rather than manufacture a false controversy over a collection of historic memorabilia ... Debbie Wasserman Schultz should have opposed the weak Clinton-Obama Iran deal that puts Israel's safety in jeopardy."

The Democrats’ effort also was criticized by Mediaite and the conservative Washington Free Beacon, which noted Crow's mother survived a Nazi attack on a British ship during the war.

The Rubio campaign on Wednesday referred further responses back to the RNC.

The Dallas Morning News, in fact, detailed Crow’s collection in 2012, when then-Republican presidential candidate Mitt Romney attended a fundraiser at his home.

“Crow is quite a collector. His personal library would rival a small college,” according to the story, which also points out that Crow has a “garden of tyrants” that includes busts and statues of such notorious dictators as former Soviet Union leader Joseph Stalin and Cuba’s Fidel Castro.