Democrats in the House Judiciary Committee suggested in a court filing Monday that they have been carrying out an impeachment investigation of President Trump since before Robert Mueller’s report was even submitted, which appears to contradict previous statements by committee chairman Rep. Jerrold Nadler, D-N.Y., and House Speaker Nancy Pelosi, D-Calif.

Nadler first claimed earlier this month that “formal impeachment proceedings” were underway when he filed a petition to get secret grand jury information from the Mueller report. But Monday’s filing in a separate case looking to compel testimony from former White House counsel Don McGahn suggested that it had already started on March 4 -- weeks before Mueller sent his report to Attorney General Bill Barr on March 22.

“On March 4, 2019, the Judiciary Committee opened an investigation into ‘threats to the rule of law,’ encompassing alleged obstruction of justice, public corruption and other abuses of power by President Trump, his associates, and members of his Administration,” the filing says, adding that “one critical purpose of the Committee’s investigation is to determine whether to recommend articles of impeachment against the President.”

Monday’s motion called for a preliminary injunction or summary judgment so that McGahn would have to testify. McGahn has refused to comply with a committee subpoena, asserting that he has immunity.

The March 4 date is in line with an Aug. 1 op-ed for the South Florida Sun-Sentinel by Rep. Ted Deutsche, D-Fla., but it is in stark contrast with previous claims from the Democratic leadership. 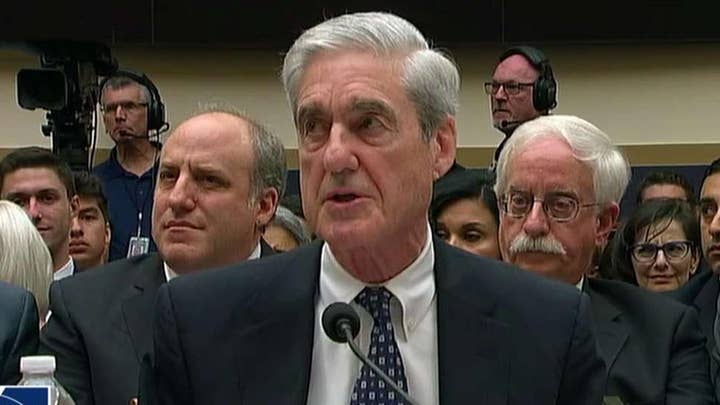 In a Washington Post interview published March 11, Pelosi said, “Impeachment is so divisive to the country that unless there’s something so compelling and overwhelming and bipartisan, I don’t think we should go down that path, because it divides the country.”

According to Monday’s court filing, Democrats were already going down that path a week before that interview went to print.

It was early August when Nadler first told CNN that “formal impeachment proceedings” were taking place, at the same time that he was initiating the case for the secret grand jury material. In May he said during a WNYC radio appearance that “there certainly is” justification for Congress to begin impeachment proceedings against Trump, but that it was critical for the American public to agree before launching the process.

“We’re going to have to have the investigation,” Nadler said in response to a question from a caller, adding that he was going to talk to colleagues about the possibility of a formal impeachment inquiry.

Nadler specifically noted in the May appearance that there is a difference between a “formal impeachment inquiry” and holding hearings outside the context of a formal inquiry. He said that there are “functional differences” between holding hearings in an official impeachment investigation and doing so without one, including “legal powers that we wouldn’t have without it.”

Those legal powers include being able to access secret grand jury information, as impeachment investigations have been deemed to fall under an exception that allows disclosure of grand jury material in the context of judicial proceedings. 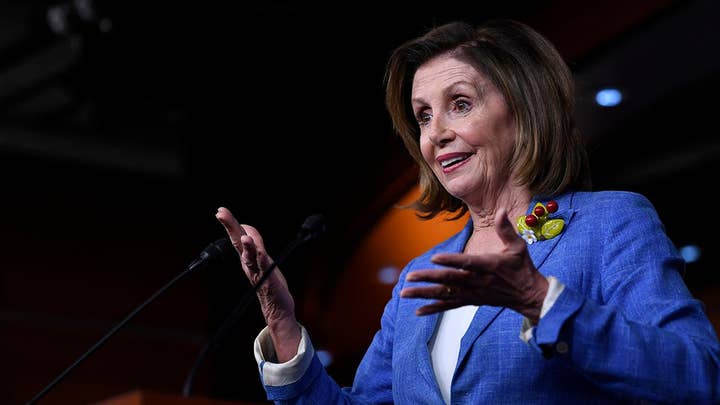 Nadler’s office did not immediately respond to Fox News questions about when formal proceedings began, or if they are taking place at all.

House Judiciary Committee ranking member Rep. Doug Collins, R-Ga., wrote Monday in a letter to Nadler obtained by Fox News that no such formal proceedings could be taking place, and that Nadler is running afoul of the Rules of the House. According to the letter, Nadler is already preparing for gaining access to the grand jury material by saying that only members of his committee and the House Intelligence Committee could view it. Collins insists that this goes against protocol.

“It is beyond the scope of your authority, absent a vote of the full House, to prohibit other Members of the House from reviewing any materials in possession of the Committee,” Collins wrote, also pointing out that Nadler never received House authorization to conduct a “formal impeachment inquiry."

“Without these formal steps, the Committee cannot possibly be conducting a ‘formal impeachment inquiry,’ as you claim it is,” Collins said.

In their Monday court filing, the Democrats claimed that their authority for conducting their investigation is derived from their constitutional powers.

“Pursuant to its Article I powers, the Judiciary Committee is investigating Presidential misconduct,” the motion says. “Its investigation is critical to its determination whether to recommend articles of impeachment against the President, and will also inform its legislative and oversight functions.”

Democrats argue that McGahn, in particular, must testify because he is “the most important fact witness in the Judiciary Committee’s investigation into whether to recommend articles of impeachment against the President.” Their motion states that McGahn’s statements to the Special Counsel’s Office are referenced more than 160 times in Mueller’s report, and that “he is uniquely situated to answer factual questions critical to the Judiciary Committee’s investigation[.]” 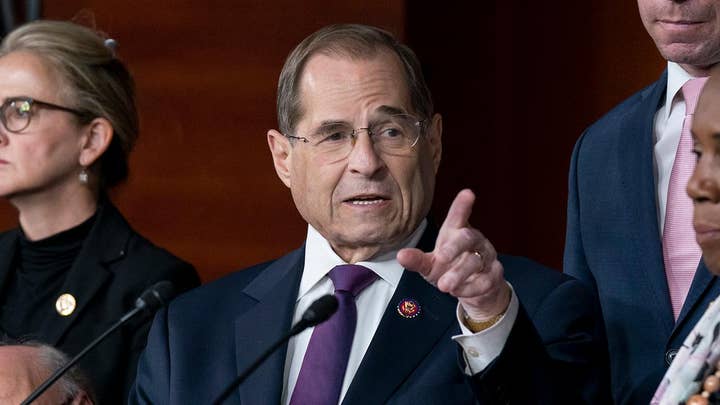 This was in reference to the report’s discussion of how Trump allegedly asked McGahn to have Mueller fired – a request viewed by Democrats as an obstruction of justice.

The White House told the committee that the president directed McGahn not to testify, relying on the Office of Legal Counsel’s determination that McGahn could not be compelled to testify regarding his time working for the administration.

The committee argued that “President Trump’s directive that McGahn not testify has no valid basis in law.”

Democrats had attempted to have this case assigned to D.C. District Court Chief Judge Beryl Howell, who is handling Nadler’s petition for the secret grand jury material in the Mueller report. Their argument was that because both cases are related to their impeachment investigation, they should be heard by the same judge.

Howell disagreed, stating that while the two cases may have stemmed from the same investigation, the facts and legal issues involved are totally unrelated.