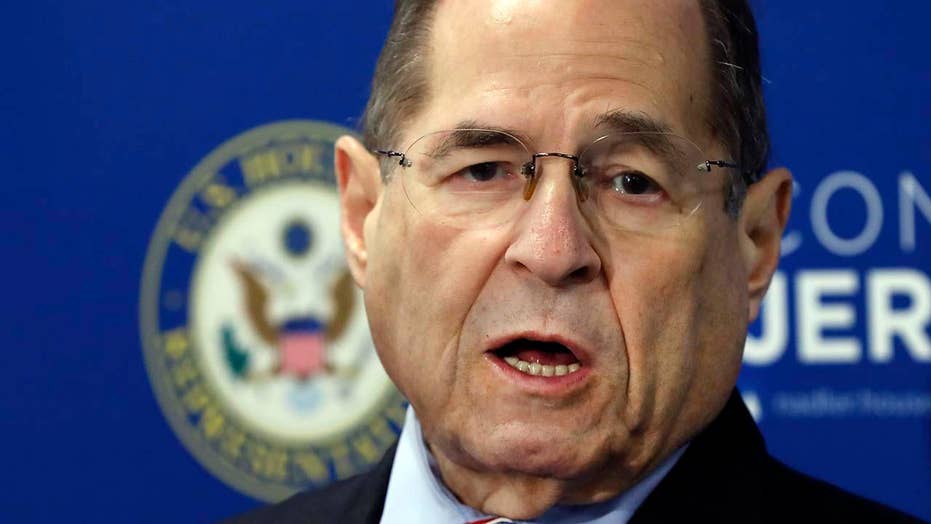 House Judiciary Committee Chairman Jerrold Nadler said Friday “there certainly is” justification for Congress to begin impeachment proceedings against President Trump, but said it was critical for the American public to agree before launching the process.

During an interview on WNYC, Nadler, whose committee would lead impeachment proceedings, cautioned the move, noting the importance of having the American public on board first.

Nadler also vowed to hold televised hearings to “have a dialogue with the American people so people can make informed decisions and know what’s going on.”

“It’s very important that [Special Counsel Robert Mueller], to a television audience and to the American people, state [his findings] and answer questions about it, even if there is no new information,” Nadler said.

Nadler’s comments come after Mueller made a rare public appearance Wednesday—his first and only during his tenure as special counsel. Mueller announced the Russia investigation was officially closed, and his resignation from the Justice Department, and intention to return to private life.

Despite Nadler’s comments Friday, though, Mueller said he did not plan to testify before any congressional committees.

“I hope and expect this to be the only time I will speak to you on this matter,” Mueller told reporters Wednesday. “No one has told me whether I can or should testify or speak further about this matter.”

“There has been discussion about an appearance before Congress,” he continued. “Any testimony from this office would not go beyond our report. It contains our findings and analysis, and the reasons for the decisions we made. We chose those words carefully, and the work speaks for itself.”

“It’s up to Bob, but I think the line he’s drawing, which is he’s going to stick to what’s in the report, is the proper line for any department official,” Barr told CBS News Friday.

Mueller’s appearance on Wednesday prompted congressional Democrats to more seriously discuss potential impeachment proceedings against the president. Mueller detailed the findings in his probe, maintaining that there was “not sufficient evidence to charge a conspiracy” with regard to whether members of the Trump campaign coordinated with the Russian government during the 2016 presidential election.

Mueller explained the longstanding Justice Department policy, which states that a sitting president cannot be charged with a crime, and thus said “charging the president was not an option we could consider.”

Mueller added that “it would be unfair to accuse someone of a crime when there could be no court resolution of the charge.”

But Mueller said that while the Office of Legal Counsel (OLC) opinion blocks a president from indictment while in office, “the Constitution requires a process other than the criminal justice system to formally accuse the president of wrongdoing.”

Some on the left took that comment as a green light to ramp up talks about impeachment proceedings against the president.

But despite growing calls from rank-and-file Democrats, party leadership, including Nadler and House Speaker Nancy Pelosi, D-Calif., have treaded lightly on the topic, vowing to investigate allegations against the president, but stopping short of calling to begin impeachment proceedings. 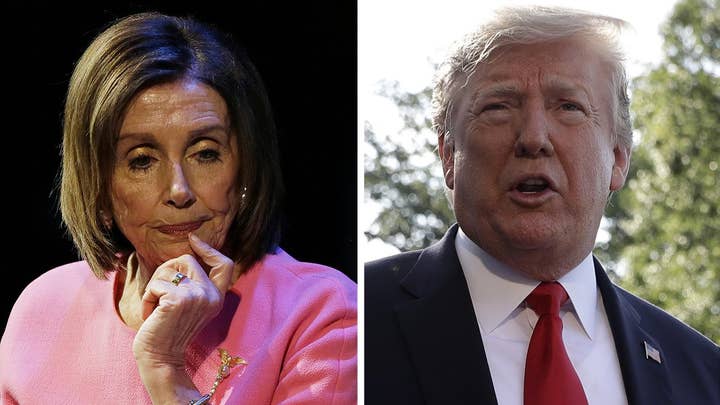 Following Mueller’s public statement, Nadler vowed that Congress would “respond to the crimes, lies and other wrongdoing of President Trump.”

“No one, not even the President of the United States, is above the law,” Nadler said Wednesday.

Pelosi, this week, also said that Democrats “want to do what’s right and what gets results.”

“We’re legislating, we’re investigating and we’re litigating,” Pelosi said. “Everybody wants justice, everybody wants the president to be held accountable.”

Trump, though, blasted the idea as a “scam.”

“I don’t see how they can,” Trump said Thursday. “It’s a dirty, filthy, disgusting word, impeach. It’s high crimes –there was no high crime. So how do you impeach?”

But even without launching official impeachment proceedings, congressional Democrats are leading several high-profile Trump-focused investigations. Nadler’s committee is investigating the administration’s handling of Mueller’s report, and even voted to hold Barr in contempt for defying a subpoena requiring that he turn over an unredacted version of Mueller’s report, and its underlying evidence and documents. The president, in turn, asserted executive privilege over the files in a bid to protect them from release.

Meanwhile, the House Intelligence Committee, Oversight Committee, Ways and Means Committee and Financial Services Committee are all investigating the president and have aggressively sought his financial statements and documents for their probes, as well as testimony from high-profile Trump administration officials.

Thus far, the White House has directed the officials to defy their subpoenas to appear before Congress, and the president has vowed to block “all” subpoenas.