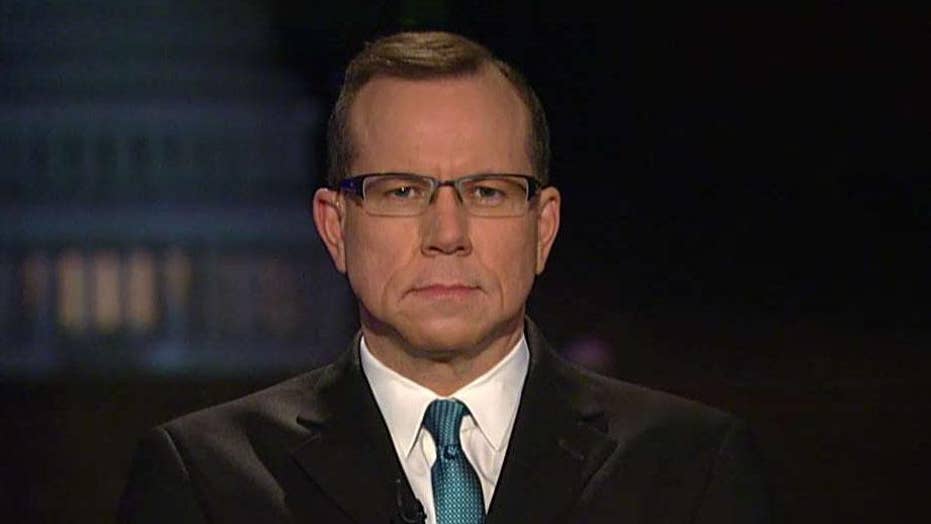 The good news is that the sides were at least talking when it came to the government shutdown over the weekend.

"It's cold out here and the temperature wasn't much warmer in the Situation Room," said House Speaker Nancy Pelosi, D-Calif. "Our meeting did not last long."

The mercury plunged in Washington as Pelosi emerged from a conclave at the White House. A cold front pushed through the region, spinning up snow squalls. A gale roared down Pennsylvania Avenue.

There were no real talks over the holidays on the government shutdown. It took two weeks to even have much of a conversation. President Trump huddled with top Congressional leaders a week ago. And then they empaneled a "working group" to continue to the discourse last weekend.

But it was not a "finishing group." 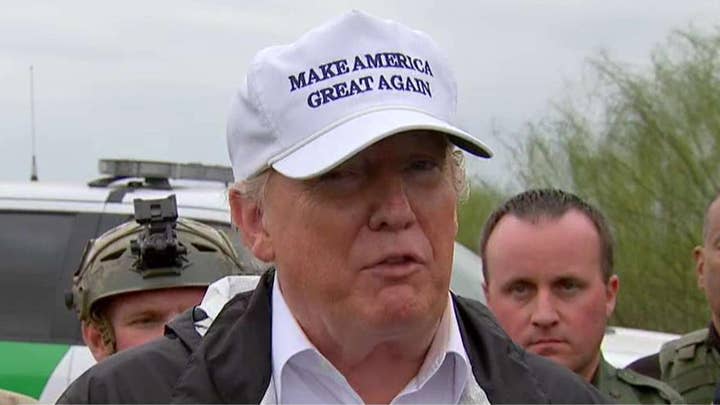 Everyone in Washington knew the conclave of bicameral, bipartisan leadership aides huddling with Vice President Pence wouldn't get far in their efforts to end the government shutdown.

The universe of people involved was too big. Moreover, such discussions require the principals at the table. These aides weren't deputized by their bosses to cut a deal. They would have to kick this to the next level if they were to forge an accord.

President Trump and Pence lunched at the Capitol with Senate Republicans Wednesday before hoofing it back to the White House to meet with the "Big 8," the top leaders of both parties from both the House and Senate. But that meeting was over before it started. When Pelosi returned to the Capitol, she punctured the typical politesse of such high-level meetings, characterizing Trump as "a petulant President of the United States."

For the record, the president has yet to bestow the speaker with a nickname. But the government shutdown is only in Day 21…..

Trump maintains the option to declare a "national emergency" on the border and go around Congress. Meantime, Congressional Republicans want a wall. But lawmakers of both parties guard their Constitutional prerogatives closely. Under the National Emergencies Act of 1976, Trump could conceivably bypass Congress by trumpeting a need at the border. The law allows the president to spend "unobligated" funds in what's called the Military Construction Appropriations Bill. Military Construction, or "MilCon," in Washington-ese, is one of the five spending measures Congress and the president agreed to in the fall. Thus, Trump would have to declare a "national emergency" to redistribute money in the MilCon bill for purposes besides those Congress deemed necessary.

The administration fishing around various federal accounts is beginning to tick off lawmakers.

"I am opposed to using national defense funds for anything else," said Rep. Mac Thornberry, R-Texas, the top Republican on the House Armed Services Committee. Fox confirmed that the administration has inquired about pilfering supplemental spending funds Congress approved in February 2018 to mitigate wildfires in California and a spate of hurricanes which ravaged Florida, Texas, Puerto Rico and the U.S. Virgin Islands.

The non-voting, Republican "Resident Commissioner" to Congress from Puerto Rico, Rep. Jenniffer Gonzalez Colon, R-PR, said Puerto Rico is being "treated with total inequality." Gonzalez Colon said raiding the relief ledger is "unacceptable and I will not support the reallocation of funds." She added that Puerto Rico has "not received the disbursement of funds after more than a year" following Hurricane Maria.

That said, all administrations test the limits of executive power. President Harry Truman tried to federalize the steel industry during the Korean War. Truman's attempted use of federal, emergency powers prompted one of the five most consequential rulings in the history of the Supreme Court: Youngstown Sheet & Tube Co. v. Sawyer, colloquially known as the “Youngstown Steel Case.” The High Court delivered what was described as a "stinging rebuff" to Truman over overstepping his Constitutional grounds.

Obama pushed the envelope with recess appointments. The Constitution requires the House and Senate to meet at three-day intervals. The Senate often just gavels in and gavels out after a few seconds when it’s trying to do the bare minimum to meet Constitutional standards.

Obama grew frustrated with the Senate not confirming some of his nominees. So the president short-circuited the Senate’s confirmation process, making appointments to the National Labor Relations Board during one of those short Senate windows. The Supreme Court rejected Obama’s interpretation of a recess. The High Court ruled that the executive can't meddle with the privileges of the legislative branch. In other words, if the Senate says it’s in recess, then it’s in recess.

Congressional Republicans have generally shown deference to Trump over many of his decisions. But GOPers flexed their muscles more lately when they think the president made a bad decision or pushed his case too far. Examine the outcry among some Congressional Republicans over how Trump handled Saudi Arabia following the death of Jamal Khashoggi. Trump also fielded GOP criticism after he announced the U.S. was withdrawing from Syria.

Members of Congress guard their Constitutional prerogatives closely. Many won’t be happy about a national emergency to declare a wall.

Moreover, Trump could draw the ire of House and Senate appropriators. It is said there are three types of Members of Congress: Democrats, Republicans and appropriators. Those who control the purse strings could balk if the president leaves tire tracks on their lawn.

There’s also a problem in the House when it comes to re-opening the government. Never before has a government shutdown gravitated from one Congress to another. There are more than 90 new House members. Pelosi is deft when it comes to taking the temperature of her caucus. She knows House Democrats don’t want a wall. But what would they support? The freshmen are so new, it’s not even clear they know what sort of compromise legislation would work. In the past, Pelosi could quickly determine what’s tolerable to her caucus. This could hinder efforts to re-open the government quickly.

Sen. Lindsey Graham, R-S.C., freelanced behind the scenes in recent days to engineer a border agreement alongside an immigration/DACA pact.

"Pelosi has dealt herself out. She is a non-player," proclaimed Graham.

"I've never been more depressed about moving forward than I have right now," said Graham, noting he now supported President Trump going around Congress to build the wall.

One bill garnered eight Republicans. Another one ten. A third secured 12 GOP yeas. So far, a Republican insurrection against Trump wasn’t materializing.

And this likely doesn’t get solved until someone feels they’re losing.