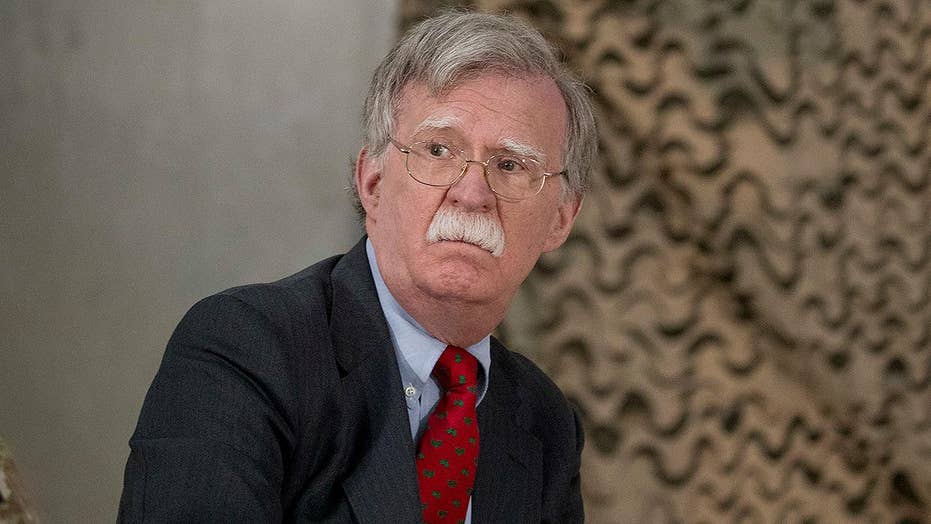 During a visit to Israel, President Trump's national security adviser John Bolton appears to have put the brakes on any immediate pull out of U.S. forces in Syria; national security correspondent Jennifer Griffin reports from the Pentagon.

John Bolton, the national security adviser for President Trump, said Sunday that U.S. forces will remain in Syria until key benchmarks are met, which could mean troops could stay in the country for years, a report said.

The New York Times reported that that adviser said that ISIS must be completely defeated and Turkey must promise that it would not target Kurdish troops in the country.

The paper reported that Bolton and other officials in the White House have been working “behind-the-scenes” to slow the president’s order last month to pull all 2,000 troops after declaring victory over ISIS.

Trump declared victory over ISIS in a tweet. His decision to pull out troops was met with resistance and took many off guard. Sen. Lindsay Graham, R-S.C., said at the time that he was “blindsided,” but then said he felt “pretty good” about Syria after a lunch with Trump.

Graham said an early withdrawal by the U.S. would expose Kurd fighters and lead to their slaughter.

Trump insisted that he did not give a timeline on when he’d pull the troops in his December announcement.

Bolton, who was in Israel, said he expects American troops to eventually leave, but “the timetable flows from the policy decisions that we need to implement.”