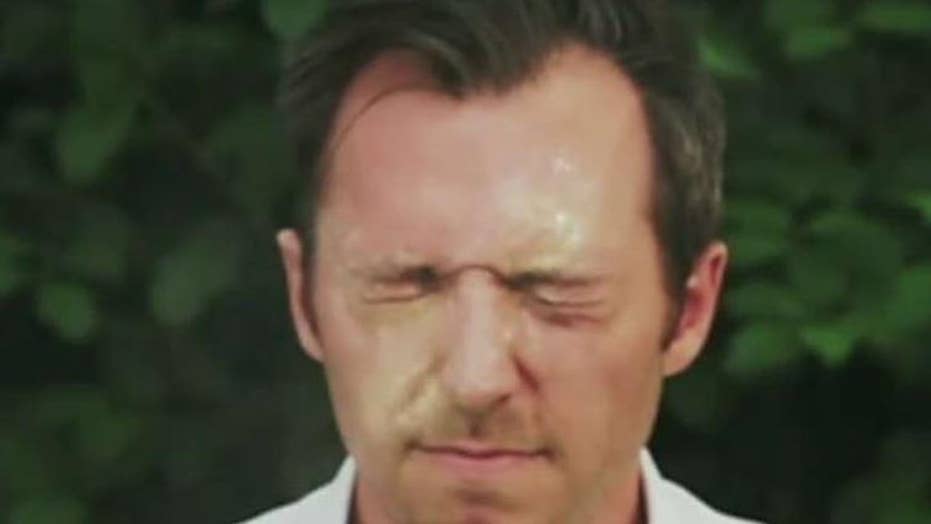 A Democratic congressional candidate in Colorado released a campaign ad featuring himself being pepper sprayed in the eyes in a bid to encourage non-lethal self-defense tools in schools to deter gun violence.

“I’m calling on Congress to stop talking past each other and try something new,” Tilleman says in the video. “Empower schools and teachers with non-lethal self-defense tools, like this can of pepper spray.”

“Empower schools and teachers with non-lethal self-defense tools, like this can of pepper spray.”

“Pepper spray doesn’t cost much and it can be safely stored in a break glass in case of emergency cabinet. But it’s powerful and won’t accidentally kill a kid,” he continued. “Trust me, this will stop anybody in their tracks.”

The Democrat then proceeded to close his eyes and began spraying the pepper spray in his face. He’s later seen trying to wash off his face by dunking his head into water and spraying himself with a hose. “It’s incredibly painful, now I can’t see anything,” he said. “Wow, that’s intense.”

Tillemann, a former Department of Energy official during the presidency of Barack Obama, made gun control the key issue of his campaign, doubling-down on his website that pepper spray should be “be made widely available as quickly as possible” for teachers and school officials to combat potential school shooters.

“The time has come to move beyond apologies and half measures and fight for real solutions to gun violence in our community. Help us win this fight,” he said.

This isn’t the first time Tillemann caught the attention. He secretly recorded Democratic House Minority Whip Steny Hoyer back in December, who urged him to drop out of the primary race to give way to Jason Crow, who was backed by the party’s establishment.

“Yeah, I’m for Crow,” Hoyer was reportedly recorded saying at the December meeting in a Denver hotel. “I am for Crow because a judgment was made very early on. I didn’t participate in the decision.”

He added: “But it was clear that it was our policy and our hope that, early on, try to come to an agreement on a candidate that we thought could win the general, and to give that candidate all the help we could give them.”

Tillemann’s stunt is unlikely to earn him the party’s nomination as Crow remains the leading candidate in the primary race.