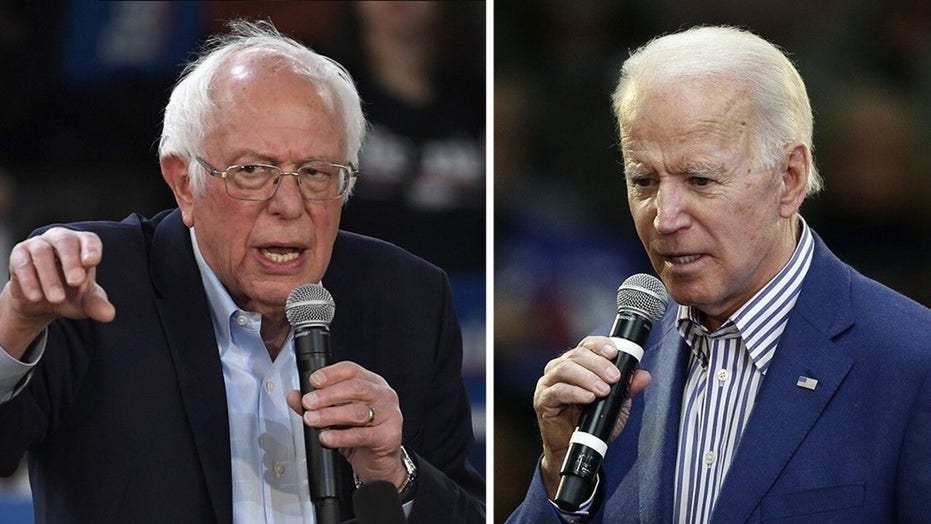 Lawrence Jones: DNC should want Biden, Sanders to debate instead of forcing Bernie out

The Democratic National Committee has moved Sunday’s planned Democratic presidential debate from Phoenix, Ariz., to a studio in Washington, D.C., where former Vice President Joe Biden and Sen. Bernie Sanders will debate without a live audience, amid coronavirus fears.

“Out of an abundance of caution and in order to reduce cross-country travel, all parties have decided that the best path forward is to hold Sunday’s debate at CNN’s studio in Washington, D.C., with no live audience,” DNC Communications Director Xochitl Hinojosa said in a statement Thursday.

NO LIVE AUDIENCE AT NEXT DEM DEBATE AMID CORONAVIRUS

“In addition, the DNC, CNN and Univision recently learned that Univision anchor and moderator Jorge Ramos was in proximity with someone who was in direct contact with a person that tested positive for coronavirus,” she continued. “Both Mr. Ramos and the person he was in contact with are in good health and symptom-free. Despite being cleared by medical professionals and out of an abundance of caution, Jorge has decided to step aside from participating in the upcoming March 15 democratic debate. Univision’s News Anchor Ilia Calderón will moderate the debate in his place.”

She added: “Our number one priority has and will continue to be the safety of our staff, campaigns and all those involved in the debate.”

The DNC on Wednesday had announced that the debate would take place, as scheduled, in Arizona, but without a live audience “at the request of both campaigns and out of an abundance of caution.”

The decision to move the event to D.C. comes a day after the World Health Organization designated the novel coronavirus, or COVID-19, an international pandemic.

President Trump on Wednesday night, in an address to the nation from the Oval Office, said he was calling for a temporary halt on air travel to the United States from Europe, excluding flights from the United Kingdom and those carrying cargo, in an effort to contain the spread of the virus.

As of Thursday morning, there were more than 1,300 cases of coronavirus in the United States, in 44 states, including Washington, D.C. The U.S. has, so far, seen 36 coronavirus-related deaths.

US CAPITOL CLOSED TO GENERAL PUBLIC AMID CORONAVIRUS CONCERNS