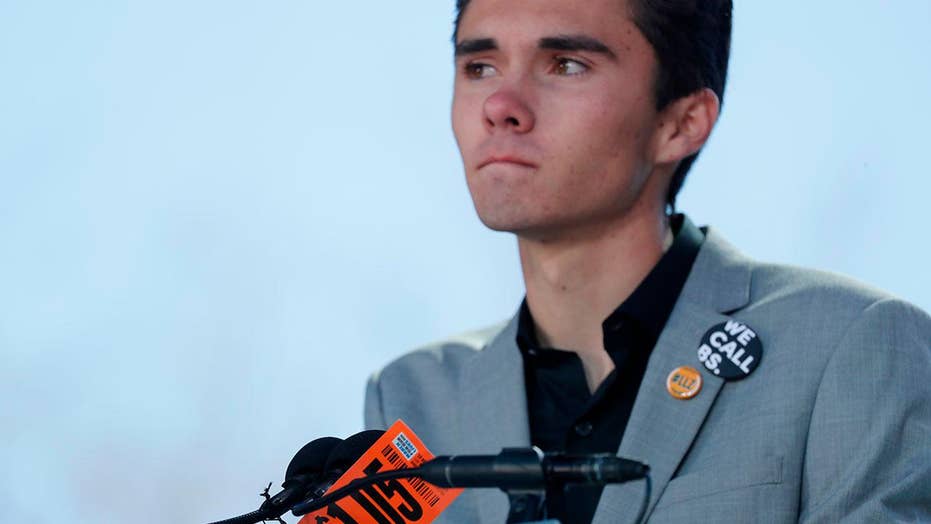 David Hogg: We are going to make guns the voting issue

Parkland, Florida school shooting survivor speaks out at the Washington D.C. March for Our Lives.

Speaking to New York Magazine, Hogg described his ideal seven-year plan, which culminates with him running for the House of Representatives when he’s 25.

“I think I’ve come to that conclusion,” he told the magazine. “I want to be at least part of the change in Congress.”

Hogg has protested Republicans including his home state senator, Marco Rubio -- but he complained to the magazine, “Older Democrats just won’t move the f--- off the plate and let us take control. [House Minority Leader] Nancy Pelosi is old.”

David Hogg graduated high school in May is taking a gap year before enrolling in college. He says he wants to run for Congress when he's 25. (AP)

Hogg graduated high school in May and is taking a gap year before enrolling in college. But he says he plans to go to college in 2019 and “read a s--tload of books.”

He also said he hopes to work on a presidential campaign in 2020, and claims some potential candidates have already approached him. Hogg has been a fierce critic of President Trump, and says in the magazine he hung up when the White House invited him to a listening session.

Hogg became one of the most recognizable faces after February’s school shooting at Marjory Stoneman Douglas High School in Parkland, Florida, when 17 people were killed.

Since the shooting, Hogg has amassed more than 800,000 followers – and his share of critics -- on Twitter through frequent cable news appearances and his online anti-gun activism.

“We really only remember a few hundred people, if that many, out of the billions that have ever lived,” Hogg told the magazine. “Is that what I was destined to become?”