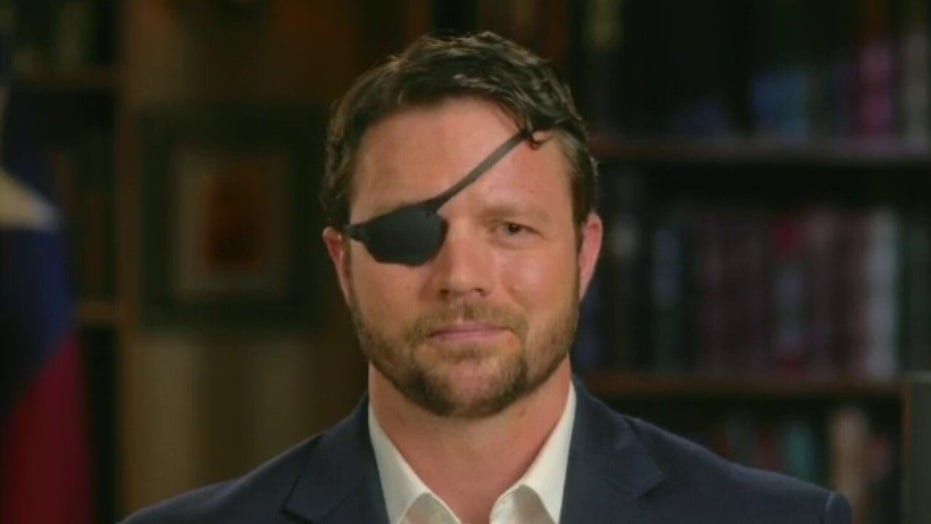 We need to look ahead to how we open up the U.S. economy and take a more targeted approach to fighting COVID-19, says Texas Rep. Dan Crenshaw, Republican member of the House Committee on Homeland Security.

In fact, the punishment dished out to Dallas business owner Shelley Luther was another example of public officials overstepping their authority during the crisis, the congressman wrote on Twitter.

“These punishments are NOT just,” Crenshaw wrote. “They are not reasonable. Small-minded ‘leaders’ across the country have become drunk with power. This must end.”

At a hearing, Judge Eric Moye called Luther’s action “selfish,” and claimed she had “disrespected the orders of the state, the county and this city,” FOX 4 of Dallas-Fort Worth reported.

Luther claimed she had to reopen her business because a federal loan had arrived too late to help her, according to the Dallas Morning News.

He said Luther could avoid jail if she would apologize, pay a fine, and remain shut down until a statewide reopening of salons takes effect Friday.

But Luther opted for jail instead.

"I have to disagree with you, sir, when you say that I'm selfish because feeding my kids is not selfish,” Luther told the judge, according to FOX 4. “I have hairstylists that are going hungry because they would rather feed their kids. So, sir, if you think the law is more important than kids getting fed, then please go ahead with your decision. But I am not going to shut the salon.”

It was the latest example where Americans were finding themselves up against what many viewed as harsh punishments.

In late April, a 40-year-old Idaho mother was arrested for allegedly refusing to leave a closed playground where she had brought her two children to play.

Her arrest later prompted a demonstration at city hall by more than 100 supporters.

In North Carolina, members of the “ReOpen NC” group were arrested last week, accused of resisting a public officer and violating the Democratic governor’s executive order.

“If you feel the need to stay home, it is your God-given right to do so. But we want to live!" suspect Ashley Elaina Smith said. “[Gov.] Roy Cooper has shown again and again how out of touch he really is. With his illogical declarations of who’s essential and who’s not, he’s effectively destroyed generational family businesses and many good businesses alike. He’s got to go. November’s coming, baby.”

Across the country, governors such as Laura Kelly of Kansas and Gretchen Whitmer of Michigan have faced opposition for the shutdown orders, such as Kelly’s limits on church gatherings – which faced GOP opposition and later a temporary restraining order – and Whitmer’s restrictions against traveling to relatives’ homes, and on sales of items such as gardening supplies, both of which were scaled back after public protests.