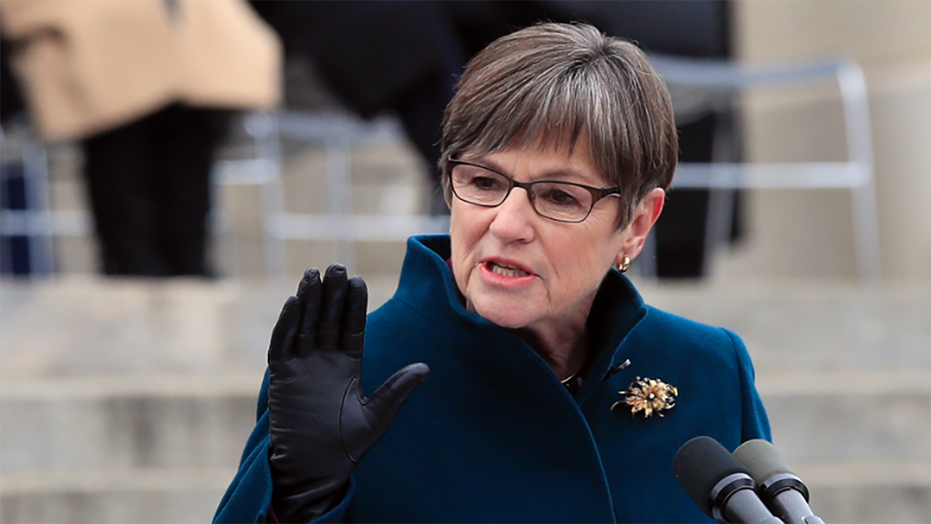 God doesn't want us to live our lives in fear, but He does want us to exercise common sense, says Fox News contributor Pastor Robert Jeffress of the First Baptist Church in Dallas.

A federal court in Kansas issued a temporary restraining order Saturday against an executive order capping church gatherings at 10 people due to COVID-19, according to a local report.

The move came a week after the Supreme Court of Kansas ruled in favor of Gov. Laura Kelly, a Democrat who saw her order overturned by a GOP-led panel of state lawmakers.

Despite the ruling, Kelly defended her order.

"We are in the middle of an unprecedented pandemic," the governor said, according to The Associated Press. "This is not about religion. This is about a public health crisis." She called the ruling "preliminary" and said she would remain "proactive" about protecting the public's health.

"Today's judicial ruling is a much-needed reminder that the Constitution is not under a stay-home order and the Bill of Rights cannot be quarantined," he said. "The Constitution protects our liberties especially during times of crisis, when history reveals governments too quick to sacrifice rights of the few to calm fears of the many."

"Today's judicial ruling is a much-needed reminder that the Constitution is not under a stay-home order and the Bill of Rights cannot be quarantined."

The state court had not ruled on the constitutionality of Kelly’s order, according to the Kansas City Star, which led to a pair of federal lawsuits on behalf of two churches and their pastors.

The judge noted that the order banned church gatherings but not similar public activities like crowds at airports or industrial facilities, violating both the First Amendment and a state religious freedom law, the paper reported.

Churches must still practice other social distancing and health guidelines, including taking congregants’ temperatures and sanitizing the building before a service and during in-person gatherings.

The ADF and First Liberty Institute had successes last week in other religious freedom cases in Greenville, Miss., where the Temple Baptist Church and King James Baptist Church sued in response to fines issued to congregants attending their drive-in services.

Greenville Mayor Errick Simmons lifted the ban after the Justice Department intervened in support of Temple Baptist -- a move that drew praise from Gov. Tate Reeves, whose stay-at-home order Simmons initially used to justify the ban.

And in Kentucky, On Fire Christian Church had sued mayor of Louisville, Greg Fischer, and the city after he announced drive-in style religious gatherings were not allowed on Easter.

U.S. District Judge Justin Walker sided with that church in that case, blocking Louisville authorities from enforcing the ban.

There were more than 700,000 confirmed coronavirus cases across the U.S. as of Saturday afternoon and over 37,000 deaths. Authorities have been urging social distancing in order to slow its spread.