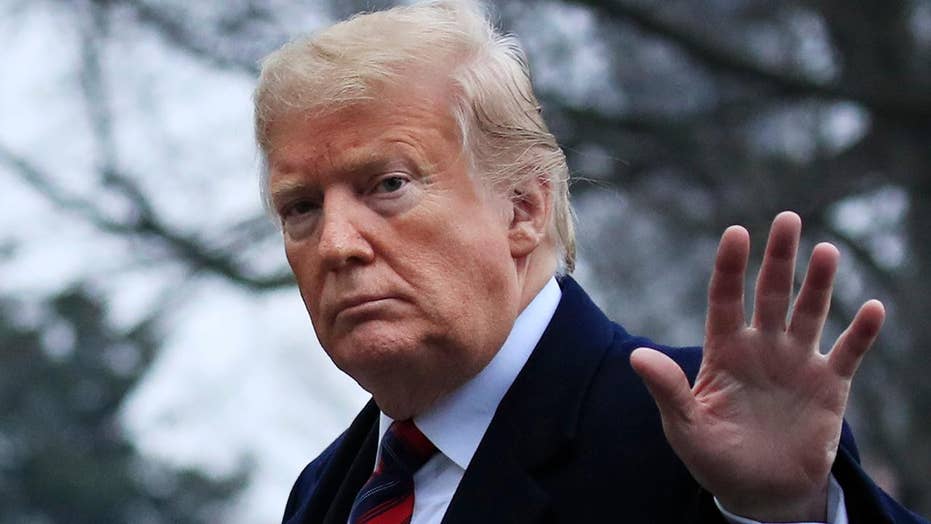 Conservative blogger Dan Bongino thinks President Trump has Democrats “in a corner” after offering a compromise package on immigration in an effort to end the partial government shutdown.

“Every individual component of the offer he’s now placed on the table for the Democrats, this compromise deal. Every single component of it, the Democrats have agreed to in the past,” Bongino, a former Secret Service agent who hosts "The Dan Bongino Show," said Monday on “Fox & Friends.”

IN SHUTDOWN FIGHT WITH TRUMP, DEMS REJECT IMMIGRATION DEAL THEY ONCE SPONSORED

“In some cases, with the Secure Fences Act and the wall portion of the money, they have agreed to more. They have nowhere to go on this,” Bongino said. “To the American public, the Democrats can no longer claim Trump is not interested in the deal. He gave you a deal."

Bongino doesn’t think Democrats can take a “moral high road” because of Trump’s recent offer. Trump announced on Saturday that he is prepared to back a three-year extension of protections for 700,000 immigrants who came to the country illegally as children and were shielded from deportation under the Obama-era Deferred Action for Childhood Arrivals (DACA) program. This, in exchange for the $5.7 billion he has requested for a barrier on the southern border with Mexico.

“They have already agreed to this stuff. The DACA portion of this stuff. The wall money. The length of the wall. They have agreed to more of this. He has got them in the corner and they are gonna have to explain why they don't want to open up the government right now. They are holding all the cards,” Bongino said.

Democratic leadership in Congress has come out against the compromise. The partial government shutdown has dragged on for a month now and led to hundreds of thousands of federal workers being furloughed or working without pay.

Trump has said he will not sign a bill to open the government unless it includes that wall funding, while Democrats have refused to consider the $5.7 billion figure, instead offering $1.3 billion for general border security.