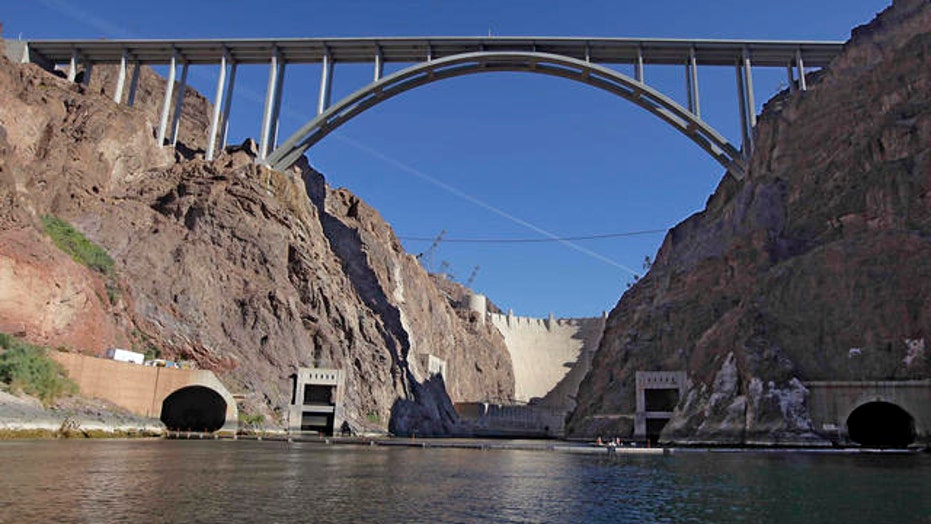 Matt Finn reports on how a wave of retirement is about to hit Hoover, leaving the government scrambling to fill dozens of upcoming vacancies

WASHINGTON – More than 80 years ago, during the Great Depression, thousands of unemployed Americans traveled from far and wide to the border of Arizona and Nevada, hoping to land a precious job building and operating one of the nation's great engineering wonders, the Hoover Dam.

Today, however -- even with millions of Americans unable to find a job -- that lasting symbol of worker pride and strength no longer is attracting the attention of America's skilled workforce.

A wave of retirements is about to hit Hoover. Two-fifths of the dam’s current employees will be eligible for retirement in the next five years, leaving the government scrambling to fill 40 upcoming vacancies.

The Interior Department agency that oversees Hoover is moving to fast-track hiring for its department-wide openings. But the dam’s aging workforce, mostly baby boomers closing in on retirement age, are part of a specialized group of hydroelectric engineers and electricians with a skill set not widely taught or available across much of the country, spokeswoman Rose Davis told FoxNews.com.

“It’s an interesting choreography at the dam,” she said, noting the next batch of workers will have to ditch their high-tech training tools and approach fixes using classic engineering techniques.

“It’s hands-on training,” said Davis, with the department's Bureau of Reclamation. “We teach mechanics and hydro electricians how the dam works. If the signals go off, this is what it means. Do you hear something funny? Do you smell something funny? We teach them to fix generators from the 1930s.”

Hiring at the massive dam-turned-tourist attraction has slowed significantly in recent years, with the biggest blows coming during last year’s partial government shutdown and the sequester -- a series of automatic budget cuts that went into effect on March 1, 2013.

The Hoover Dam, located 30 miles southeast of Las Vegas, was constructed in the 1930s and is considered one of the country’s finest engineering and architectural achievements. Located on the border of two states, the structure harnesses the power of the Colorado while creating America's largest reservoir. It provides billions of kilowatt-hours of hydroelectric power to residents of Nevada, Arizona and California -- and the lake supplies water to those states.

Towering at 726 feet high and 1,244 feet long, the dam was one of the largest man-made structures in the world when it was constructed. Contractors were given seven years to construct the 6.6 million-ton barrier. They finished it in five, with a total workforce of 21,000.

But the folks tasked with keeping the site operational today are dwindling – a stark reminder not lost on Interior Secretary Sally Jewell when she visited the area in December.

During a tour of the control center for the Hoover, Parker and Davis dams, Jewell, 58, noticed it was being run by two men – the younger being her age.

“I’d like to say that was a good thing, but it really isn’t very good,” The Las Vegas Review-Journal reported her saying.

Instead, engineers who have retired are now being rehired as consultants to teach a new generation of workers how to handle turbine generators and other equipment crucial to the day-to-day operation.

“The older (worker) had retired and was brought back as what we call a returning annuitant,” Jewell said. “Lives in Alabama. Flies back once a week to take his turn running Hoover Dam.”

At Rowan University in New Jersey, which houses a popular engineering program, spokesman Joe Cardona explained that the Nevada site is "a very niche industry."

"You are not going to find someone teaching 1930s technology so what’s happening at the Hoover Dam is that they are partnering with local universities in Arizona and Utah to find fits for these spots," he said.

It’s not to say that the Hoover Dam hasn’t received any upgrades. It has.

Most recently, the government commissioned a new wide-head turbine for the dam’s N8 unit which almost immediately produced a 2 percent efficiency gain. Other improvements include replacing old cast-steel wicket gates with new stainless steel ones that open wider to allow more water in with more force.

Six of the dam’s 17 turbine generators have gotten upgrades since 2005.

But another problem plaguing the Reclamation department is retention.

As of December, 140 of the 800 employees working in the Reclamation’s Lower Colorado Region were eligible to retire in less than five years.

Some of the engineering jobs -- including those in the mechanical, civil and electrical fields -- listed under the Bureau of Reclamation on USAJOBS.gov offer salaries exceeding $90,000 for workers with more experience. The jobs, though, can pay as low as roughly $40,000 for those with less experience, depending on the position and location.

Still, Davis said finding workers for the Hoover location – a national landmark only a short drive from Las Vegas – is much easier than filling spots in more remote areas. Next door in California, state officials have been struggling to fill posts and retain workers for the vast State Water Project, a massive water and power system.

Chris McManes, a spokesman for the Institute of Electrical and Electronics Engineers, told FoxNews.com that making sure specialized jobs like the ones at Hoover are backfilled is pivotal.

“When it comes to hydroelectric power generation and power engineering in general, IEEE-USA is concerned that we have an adequate supply of younger electrical engineers ready to fill the jobs of people who are retiring,” he said.