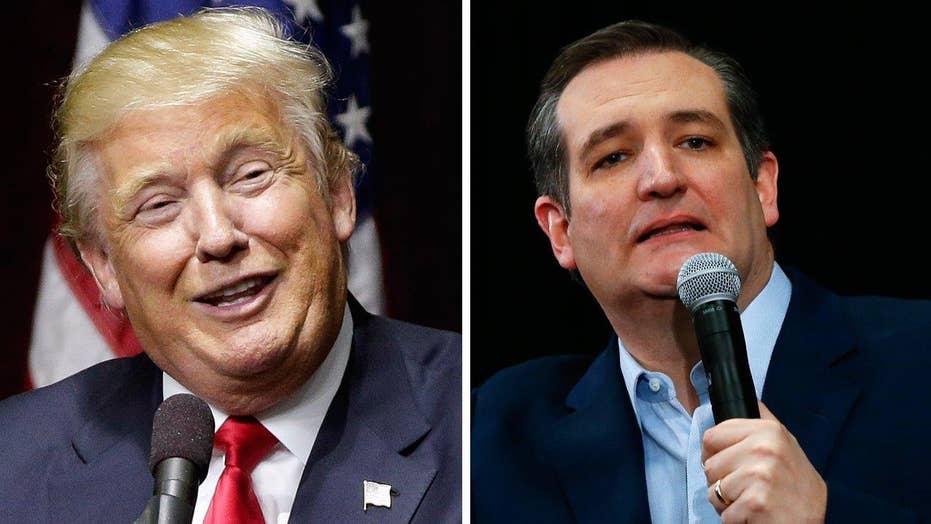 The friendly reception Ted Cruz got in Wisconsin – where he was boosted by the state’s governor and its influential conservative talk show hosts – must seem like ages ago as the Texas senator faces a very different scene in New York.

Cruz ran into a decidedly more hostile reception as soon as he started campaigning in the state ahead of the April 19 primary. He was greeted by shouting protesters Wednesday in the Bronx telling him to “get out,” and reportedly  saw an event at a high school canceled after students wrote a letter to their principal threatening to walk out if Cruz showed up.

"Ted Cruz has no business being in the Bronx, this is an immigrant community,” one protester shouted.

Fewer than a hundred people showed up for a Cruz meet-and-greet at a local restaurant in the Bronx – and front-runner Donald Trump, who got thumped by Cruz in Wisconsin, was more than happy to play up Cruz’s political problems with New Yorkers.

While Trump, too, faced protesters, he attracted a crowd of thousands for the first rally of his New York campaign swing. He used the occasion to hammer Cruz over past comments mocking “New York values” -- which may be coming back to haunt the Texas senator as he tries to catch up to Trump in the delegate count.

Trump, to cheering supporters, recalled how Cruz knocked “New York values” as if “we’re no good.” He also recalled how, at one debate where the issue came up, Trump described the bravery of New Yorkers on 9/11.

“And I’ve got this guy standing over there looking at me, talking about New York values with scorn in his face, with hatred, hatred of New York,” Trump said.

It’s a narrative Cruz may have a tough time shaking -- though a reality he may have to accept.

He’s not only losing to Trump in the polls, but trailing Ohio Gov. John Kasich – putting him dead last in the New York GOP primary battle right now.

Still, Cruz may have an easier time in more Republican-leaning areas like Long Island or Upstate. The Bronx is tough turf for any Republican, and Cruz was taking his campaign to potentially more friendly territory on Thursday, north of Albany in Scotia, N.Y.

And even if Trump holds his big lead in New York and snags most of its delegates, well over a dozen states have yet to vote, including delegate-rich California on June 7.

Cruz’s chances of at least holding Trump under the necessary 1,237 delegates to clinch the nomination – in turn, triggering an open convention – only grew after his Wisconsin win.

Trump, meanwhile, indicated he’s going to concentrate on locking down the state. The campaign confirmed Thursday that a planned trip to California has been rescheduled, apparently so Trump can stay in the Empire State.

“We look forward to campaigning in New York and returning to California in the weeks ahead,” spokeswoman Hope Hicks said.

Trump is eager to regain the momentum after Cruz’s Wisconsin victory, and there may be no better venue for him than New York, where he built his real estate empire.

"I love these people. These are my people," he said to thunderous cheers on Wednesday.

The rally comes as the GOP front-runner signaled a shift toward "more meat on the bone" in his policy speeches.

But Cruz nevertheless claimed the Wisconsin results showed a “turning point” in the race. His victory came after Trump suffered one of the most difficult stretches of the campaign, including having to walk back a string of varying statements on his abortion position.

“We've beaten Trump over and over again,” Cruz said Wednesday.

Fox News’ Garrett Tenney and The Associated Press contributed to this report.