Former U.S. Rep. Joe Crowley may get his revenge by proxy on Rep. Alexandria Ocasio-Cortez in a district attorney race -- after being embarrassingly dethroned last year.

"Melinda and I both grew up here, went to school here, have sung together at countless community parties here, and most importantly have dedicated our careers to improving the lives of the people who call this wonderful borough home,” Crowley wrote in the fundraiser email, asking for donations of $50 to $200. 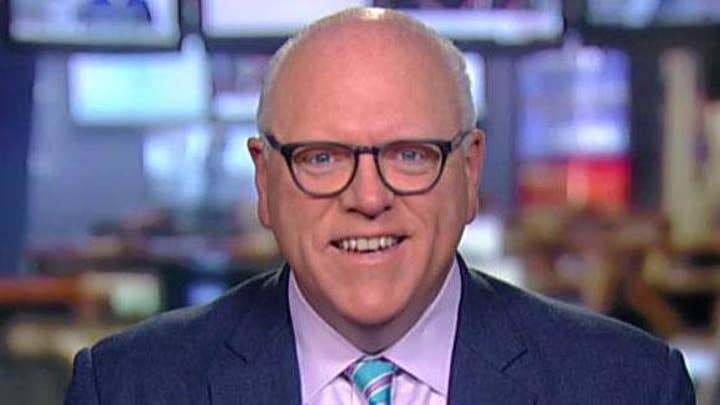 “For as long as I’ve known Melinda, she’s always shared my commitment to making Queens a safer, more just place for our families, and I know she’ll do the same from the DA’s office.”

Katz is among the leading candidates in the seven-way Democratic primary to fill the seat that became vacant after DA Richard Brown died last month.

OCASIO-CORTEZ TELLS WHITE HOUSE TO ‘PUT DOWN ITS SABER,’ AND NEGOTIATE WITH IRAN

But Cabán is mounting a serious challenge as her progressive platform attracted the support not only from Ocasio-Cortez, but also from Democratic presidential candidates Bernie Sanders and Elizabeth Warren.

This prompted Queens Democratic Party leader Greg Meeks to slam both Warren and Sanders, though he omitted Ocasio-Cortez’s backing of Cabán.

“I don’t know who they spoke with, but clearly they did not speak with the elected officials of Queens County, or the people who elected them,” Meeks said in a statement, the New York Post reported.

The DA race showdown shows the growing influence of Ocasio-Cortez in New York.

For example, Justice Democrats, a group closely aligned with the freshman Democrat, is working to unseat Rep. Eliot Engel, a 30-year Democratic New York congressman who called out Rep. Ilhan Omar over anti-Semitism.

Engel, a hawkish Democrat who co-sponsored a Medicare-for-all plan, had joined Ocasio-Cortez and other progressive colleagues in introducing the Green New Deal, a radical overhaul of the economy in a bid to combat climate change. He has also voted with Ocasio-Cortez 96 percent of the time so far.