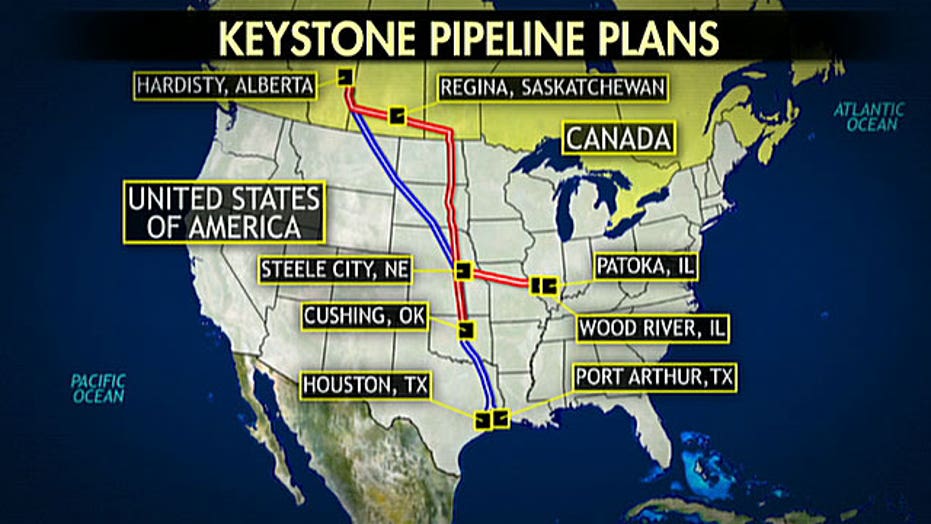 Where crude oil is concerned, Canada waits for no country. It doesn’t matter how wealthy or how friendly that country is -- or whether that country is the United States.

With the Canada-to-Texas Keystone XL pipeline stuck in limbo on the U.S. side, Canada’s Energy Board recently gave a thumbs up to a $6.5 billion pipeline designed to carry 525,000 barrels of oil per day from the oil sands of Alberta to ships on the British Columbia coast. The final destination is most likely Asia.

The development has the U.S. oil industry attacking the Obama administration over its drawn-out process.

“It’s taken longer to approve the Keystone XL pipeline than it did to win World War II, longer than it took us to put a man in space, and almost as long as it took to build the Trans-Continental railroad 155 years ago,” said Jack Gerard, president of the American Petroleum Institute.

The U.S. State Department received the Keystone application in September of 2008. The 1,700-mile project is projected to create thousands of jobs and lessen the need for OPEC oil. Even with domestic production booming, the U.S. still imports about half the crude it uses.

The department says it is still working on the pipeline approval process. “The decision will be made after consideration of the full range of issues, including environmental, economic and safety issues, energy security and compliance with relevant state and federal regulations," the department told Fox News in a statement.

A spokeswoman said the department is working on a Supplemental Environmental Impact Statement. Once it’s done, eight federal agencies will review it and issue comment.

Meanwhile, environmentalists in Canada, worried about an Exxon Valdez-style spill and climate change, are still hoping to block the proposed Enbridge pipeline to British Columbia.

“The decisions we make in terms of infrastructure set a course for decades into the future,” said Ben West, of Forest Ethics in Vancouver. “So the question is, do we want to be on a path to reduced consumption or increased consumption?”

Oil is Canada’s most valuable export commodity, and analysts predict a nearly tripling of production in Alberta by 2013. Many say that with a pro-oil prime minister in Stephen Harper, the country seems determined to get that oil to market, whether it’s with the U.S. or not.