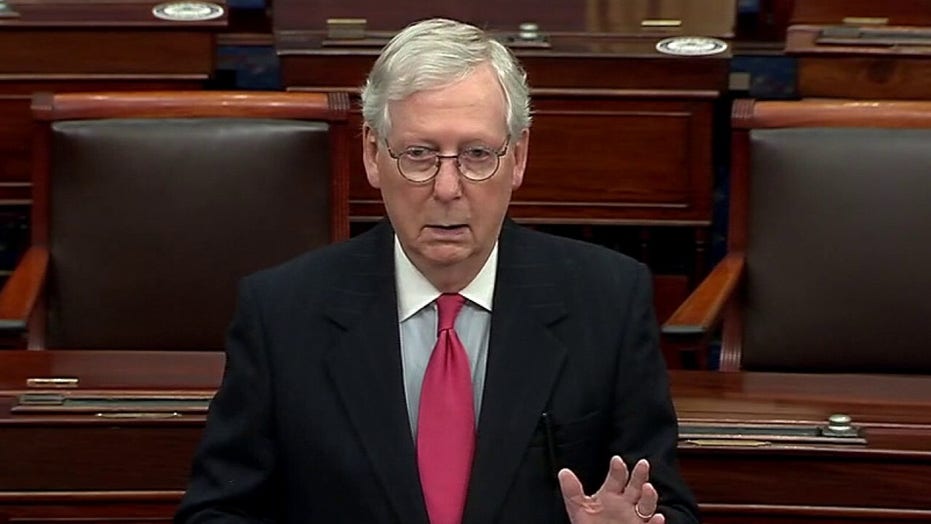 Congress agrees to $900B COVID aid bill, including stimulus payments

In addition to reviving a federal unemployment boost for millions of out-of-work Americans and sending a second $600 stimulus check to individuals including children, the $2.3 trillion catchall package, which will fund the government for the remainder of the fiscal year, addresses a spate of legislation on taxes, energy, education and health care.

But the mammoth 5,593-page bill – part of an omnibus appropriations package that wraps 12 spending measures into one – also contains a raft of unexpected items that are not directly related to government funding or pandemic relief efforts, such as establishing two new branches of the Smithsonian museum near the National Mall, creating national standards for the horse-racing industry and making illegal streaming a felony.

CONGRESS HAD SIX HOURS TO READ A 6,000 PAGE BILL, AOC CALLS IT 'HOSTAGE-TAKING'

Congress overwhelmingly passed the bill, which became available to lawmakers just a few hours before they were expected to vote on it — to the chagrin of Rep. Alexandria Ocasio-Cortez, D-N.Y., and Sen. Ted Cruz, R-Texas.

"This is why Congress needs time to actually read this package before voting on it," Ocasio-Cortez tweeted, linking to a story about the legislation making illegal streaming a felony. "Members of Congress have not read this bill. It’s over 5000 pages, arrived at 2pm today, and we are told to expect a vote on it in 2 hours. This isn’t governance. It’s hostage-taking."

Here's a closer look at some of the oddball provisions included in one of the largest relief packages in modern American history:

The legislation includes a section outlining the reincarnation and succession of the Dalai Lama, the highest spiritual leader in Tibet.

It continues that "the wishes of the 14th Dalai Lama, including any written instructions, should play a key role in the selection, education, and veneration of a future 15th Dalai Lama."

The current and 14th Dalai Lama, 85-year-old Tenzin Gyatso, lives in exile in India, where he's been since the 1959 Tibetan uprising.

The legislation establishes two new Smithsonian museums that will be located near the National Mall in Washington: The Women's History Museum and the National Museum of the American Latino.

The bill repeals nine criminal laws that are rarely, if ever, enforced.

People who transport water hyacinths, alligator grass or water chestnut plants across state lines no longer face up to six months in prison.

Likewise, individuals who use fraudulently use emblems such as the U.S. Forest Service's "Smokey Bear" and "Woodsy Owl," the Golden Eagle insignia and the Swiss Confederation's coat of arms no longer face jail time.

A bipartisan bill introduced by Sen. Thom Tillis, R-N.C., that would allow the Justice Department to charge businesses for felony copyright infringement if they intentionally stream copyrighted material online is also part of the multitrillion-dollar bill.

The bill includes bipartisan legislation introduced by Senate Majority Leader Mitch McConnell, R-Ky., earlier this year that will create national medication and safety standards for the horse racing industry, as well as an anti-doping and racetrack safety program.