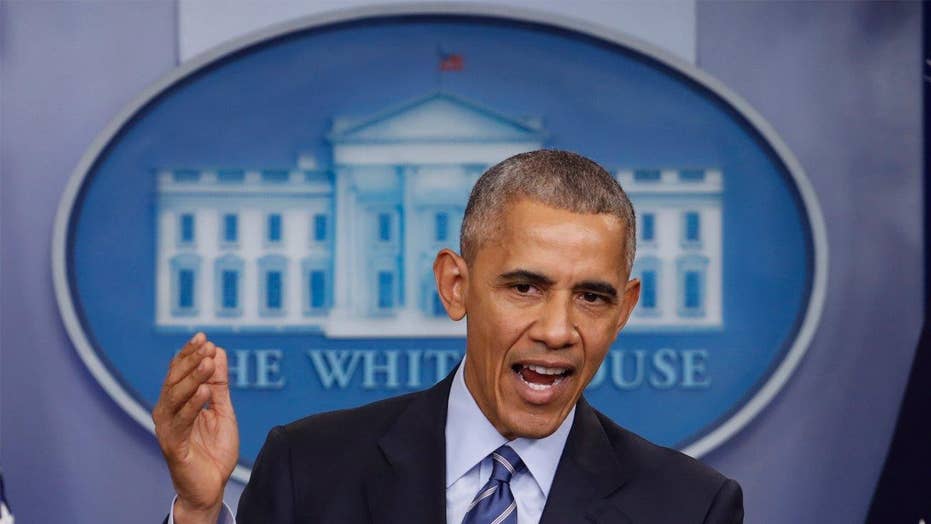 Conservatives worried about President Obama's plans for imposing so-called "midnight regulations" on his way out of the White House say they now have a new concern: Midnight litigation.

As Obama works to secure his legacy in the final days of his administration, critics worry the outgoing president may saddle his successor with new federal legal action targeting U.S. businesses. A coalition of conservative groups warned that such a push may be in the works, in a recent letter to Vice President-elect Mike Pence, who leads the Donald Trump transition team.

“It has come to our attention that a number of Departments and independent agencies are working furiously behind closed doors to bring significant, legally tenuous litigation against American business interests before January 20, 2017,” the letter reads.

It goes on to appeal to the incoming administration to drop any such litigation immediately once Trump takes office.

The letter's co-signers include Americans for Tax Reform President Grover Norquist, President of Frontiers for Freedom George Landrith, The Heartland Institute's Horace Cooper and dozens of other conservative voices.

While the letter does not mention any specific lawsuits they believe the administration is looking to file, the warning comes as the Obama administration already is taking a slew of actions in its final weeks -- following GOP warnings about last-minute midnight regulations.

In December, Obama ordered U.S.-owned waters in the Arctic Ocean and certain areas in the Atlantic Ocean placed "indefinitely" off-limits for future oil and gas leases, granted a record number of pardons and commutations for a single day, and killed off a once-mandatory registry for immigrant men from predominantly Muslim countries.

On Thursday, Obama also announced a series of sanctions aimed at Russia over alleged interference in the U.S. election – moves that Trump has opposed.

Politico reported in November that the administration has eyed regulations on commodities speculation, air pollution from the oil industry and doctors’ Medicare drug payments as possible parts to a midnight flurry of regulation.

Whether Obama agencies will turn next to a final wave of litigation remains to be seen.

The New York Times reported last week that the Environmental Protection Agency is considering declaring Alaskan cities non-compliant with the Clean Air Act due to the widespread use of wood stoves – a move that could lead to the cutoff of federal transportation funds.

House Republicans concerned about a last-minute regulatory push by the administration in November passed the Midnight Rules Relief Act, which would make it easier to undo multiple regulations pushed through at the end of an administration. Republicans re-introduced that measure Tuesday.

However, the letter to Pence notes that while existing law provides some protection against these for Congress, there is no similar protection against "midnight litigation," leaving it up to the administration itself to drop such legal action.

“In such circumstances, the new Administration should not be constrained by notions of deference and should not support suspect legal theories that could have devastating economic effects for decades to come,” they wrote.

Democratic strategist David Mercer argued that while there is no sign the administration is doing this, Obama has the right to do as he likes, as he is president until Jan. 20.

"[Obama] has the right through the courts, through legislation or other means ... to put in place what he says as being in order in handing over peacefully the transition of government," Mercer said on FoxNews.com's "Strategy Room."