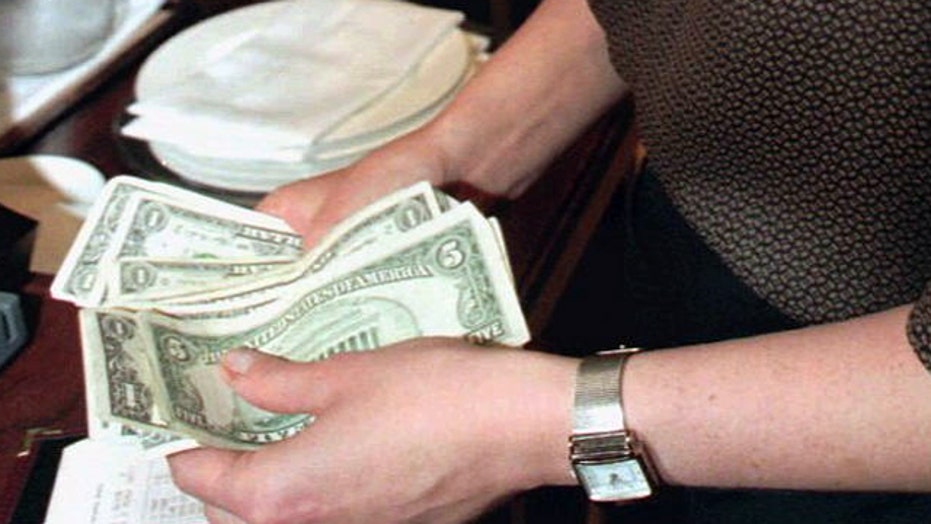 A plan by President Obama and fellow Democrats to increase the minimum wage to $10.10 an hour would cost roughly 500,000 jobs but increase wages for roughly 16.5 million Americans, the nonpartisan Congressional Budget Office said Tuesday.

The report was immediately met with sharp Republican criticism for the wake hike plan.

“While helping some, mandating higher wages has real costs, including fewer people working,” said a spokesman for House Speaker John Boehner, R-Ohio. “With unemployment Americans' top concern, our focus should be creating -- not destroying -- jobs for those who need them most.”

The CBO analysts said their estimate of employment losses was approximate. They said the actual impact could range from a very slight employment reduction to a loss of one million workers.

Increasing the minimum wage has emerged as a key part of Obama’s second-term agenda, with the president restating his intentions just hours before the release of the report, at a public event in suburban Maryland.

The White House was quick to respond to the report, with Jason Furman, chairman of the White House Council of Economic Advisers, telling reporters on a conference call,“CBO’s estimate doesn’t reflect the overall consensus view of economists who say [the increase] would have minimum or no impact on employment.”

Furman said the report is “essentially confirming the consensus” that such an increase would reduce poverty and overall increase wages for moderate- to low-income families. But he acknowledged some “respectful disagreement” between the CBO and the White House about the employment impact.

He also said “zero would be a perfectly respectable estimate” for the number of workers who would lose their jobs as a result of the increase.

Still, Republicans argued the report puts authoritative weight behind their argument that such an increase would cut jobs because companies would have to spend more on wages.

The report was released as the Democrat-controlled Senate prepares to debate an Obama-backed proposal to gradually increase the $7.25 hourly minimum wage to $10.10 by 2016.

However, the proposal faces long odds of passing in the GOP-controlled House.

Sen. Tom Harkin, D-Iowa, author of the Senate legislation, cited other research concluding that a higher minimum wage would create jobs, not reduce them.

"And as the CBO report affirms, an increase in the minimum wage will help lift families out of poverty," he said.

The report also states that as a result of the increase, 900,000 fewer people would be living below the federal poverty line.

The congressional analysts examined a proposal similar to Harkin's and focused on the plan's impact in late 2016, when it would take full effect.

After 2016, Harkin's bill would require the minimum wage to be increased annually to reflect rising inflation.

The report said that besides boosting wages for people earning less than $10.10 hourly, some people making more than that amount would also see higher earnings as bosses adjust their pay scales upward.