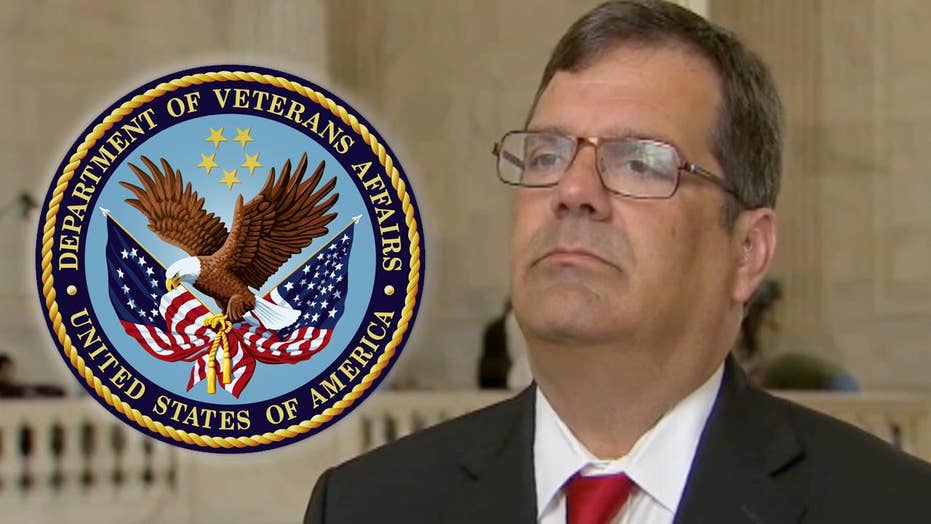 Army Sgt. George Wilmot’s Humvee flipped down the side of a mountain when he tried to escape a burst of small-arms fire, while serving in Iraq in 2009. He sustained numerous injuries – including traumatic brain and nerve damage – and later was diagnosed with post-traumatic stress disorder.

Wilmot's wife Jennifer had been taking care of her husband since his active-duty retirement in 2013, enrolled as a family caregiver with the Department of Veterans Affairs for two years. That was, until the department stripped Jennifer of her status, abruptly declaring George didn’t need a caregiver anymore. The decision, made even though Sgt. Wilmot is considered 100 percent disabled by the VA, cost the family just over $1,200 per month in lost caregiver benefits.

Jennifer Wilmot is one of thousands of caregivers who have seen benefits evaporate in this way, following VA decisions to revoke their status under the Family Caregiver Program. Some describe the decisions as totally unexpected.

"As far as I'm concerned, it's unacceptable," Bilirakis told Fox News. "We should always err on the side of the veteran. They are true American heroes."

He said he was initially unaware of the revocations. Amid an internal review at the VA, the House committee plans on hosting a roundtable with veterans to discuss their concerns in the next few weeks.

In Jennifer Wilmot’s case, she appealed the VA decision and was denied again in July 2016.

But she describes a continuing struggle at home in Richmond Hill, Ga.

"He has memory issues, short-term memory. He will forget that he turned something on. He's left the stove on and the kids would say, ‘Hey Dad, you left something on,’” Jennifer said, adding that his nerve damage affects his ability to walk or even stand for extended periods.

“All of a sudden he will just lose all feeling in his legs and just fall and you don’t know when that’s going to happen," Jennifer said.

Fox News reached out to the Charleston VA, which declined to comment on the Wilmot’s case, citing HIPPA laws, even though Fox News had written permission from the Wilmots to obtain the information.

According to the VA, 35,236 family caregivers nationally have participated in the program since it began in 2011. As of April 6, a total of 13,362 were removed since its inception. Forty-two percent of veterans removed were deemed to “no longer meet clinical eligibility for Program of Comprehensive Assistance for Family Caregivers.”

Navy veteran Lauren Price, whose husband was dropped as a caregiver and who started the Facebook group Veteran Warriors, says the number is much higher based on surveys her group has conducted.

Veterans from all over the U.S. sent Fox News letters describing how they got into the program and were unexpectedly cut. In almost every instance, they received letters stating the veteran no longer needed assistance.

One such veteran is Army Staff Sgt. Brandon Sanford, a military policeman who, according to medical records, is now considered 100 percent disabled due to multiple injuries including a traumatic brain injury sustained from IED explosions in Iraq in 2008.

His mother, Rebecca Sanford, told Fox News in a letter that her son spent a year at the Mentis Neuro Rehabilitation Hospital in El Paso, Texas, before being medically retired at 100 percent disability. Then in 2016, he was deemed to no longer need caregiver services -- though his mother says Brandon had no significant improvements from 2012 to 2015.

Mrs. Sanford believes incorrect information was accepted by the Review Board. For example, she wrote, the letter they received referenced a Mr. Hernandez, a different veteran.

"I am APPALLED and infuriated at the treatment our qualified Veterans are now receiving through the culling of the Program. Harassment. Intimidation. Falsification of information,” his mother wrote.

Another veteran, Army Staff Sgt. John Daniel Shannon, was shot in the head during a gunfight in 2004 in Ramadi, Iraq. In December 2007, the Army medically discharged him, lumping his injuries under the category of PTSD and not traumatic brain injury.

Shannon is receiving some care from the VA, but his wife Torrey says it’s not enough. Within the last year, Torrey has traveled to outside health care facilities for diagnoses and care. According to primary care Nurse Practitioner Rosemary Jones, Staff Sgt. Shannon needs constant supervision due to his injuries. She states in medical documents that due to the gunshot wound to his left brain, he is unable to remember “how to [bathe] properly, eat regularly, and perform normal daily activities.”

Torrey Shannon has been fighting the VA’s assessment and is submitting a second appeal to the Caregiver Program. She also stated anytime she put pressure on the VA, they faced multiple forms of retribution.

"They were funneling people over to them, discrediting me, and basically did not do anything of measure to help the situation," Shannon wrote. She said she personally brought up cases with Margaret Kabat, the director of the program, “and she blew us all off after a feigned level of concern.”

Fox News reached out to Kabat and got no direct response but did receive a statement from the Department of Veterans Affairs saying, “effective April 17, it has suspended revocations initiated by VA medical centers based on eligibility for the Program of Comprehensive Assistance for Family Caregivers (PCAFC) for three weeks.”

According to the VA website, Secretary of Veterans Affairs Dr. David J. Shulkin is planning an internal review to “evaluate consistency of revocations in the program and standardize communication with Veterans and caregivers nationwide.”

Bilirakis brought his concerns to the House VA Committee, and Chairman Phil Roe, R-Tenn., is planning discussion to look into it.

"The long-term implications of this younger generation of post 9/11 military caregivers are still largely unknown, which is exactly why the committee is planning a round table to dig into ways we can better support the men and women who dedicate their lives to caring for our nation's heroes," Roe said in an email.