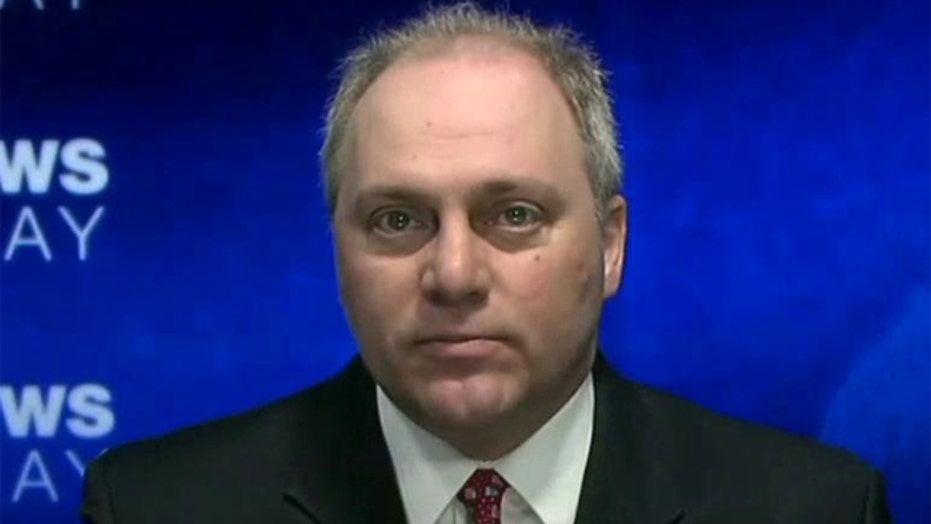 The widespread disagreement in Congress over President Obama's unilateral actions on immigration that nearly resulted in a partial shutdown of the Homeland Security Department resumes Monday -- with Democrats, Republicans, senators and congressmen all pointing fingers.

The House approved a funding bill for the agency just before the Friday midnight deadline, but only through this week.

Though the GOP-led chamber failed to pass a three-week extension and had to rely on Democrats to reach the final, shorter deal, they blame President Obama and Senate Democrats for putting them in the bind.

Democrats in both chambers largely oppose legislation in the GOP-controlled Congress that connects funding the agency through the fiscal year with attempts to roll back Obama’s executive action that defers deportation for millions of illegal immigrants.

“Senate Democrats won’t go to conference,” the Louisiana Republican said. “And anybody who disagrees with the president’s illegal action should light up the Senate switchboard and make Senate Democrats feel the heat.”

House Speaker John Boehner also said Sunday that the House wants to enter talks with the Senate on a final bill and pointed to Monday's scheduled Senate vote.

Senate Democrats have so far blocked a final vote on the House legislation over the immigration provision.

"We want to get a conference with the Senate,” Boehner said on CBS' "Face the Nation." “Now, they've made clear that they don't want to go to conference. But they're going to have a vote."

Friday’s House votes resulted in a backlash in the lower chamber, with some Republicans criticizing their conservative colleagues, particularly the 52 who voted no. Others argued it is time to fully fund the agency and move on.

Rep. Peter King, R-N.Y., a former chairman of the Committee on Homeland Security, said Boehner needs to find a way to get a bill to the House floor without the divisive immigration provisions.

"We cannot allow this small group to block it,” he said on ABC's "This Week."

Sen. Lindsey Graham, R-S.C., told Fox News’ “America’s News Headquarters” that Republicans are going to destroy their “last best chance … to convince the country that we are capable of running the country.

“We're about to make mistakes of a lifetime if we don’t understand reality when it comes to DHS funding,” he continued.

House Minority Leader Nancy Pelosi, D-Calif., agreed to a one-week extension and told her Democratic rank and file in a letter to back the seven-day patch because, "Your vote will assure that we will vote for full funding next week."

But privately, a senior Democratic congressional aide said Boehner spoke to Pelosi and Senate Minority Leader Harry Reid, D-Nevada, and committed to bringing up a bill without conditions. The person spoke anonymously to relate a private conversation.

Boehner on Sunday acknowledged that Friday "wasn't all that fun," but called the House a "rambunctious place."

"We have 435 members,” he continued. “A lot of members have a lot of different ideas about what we should and shouldn't be doing." Boehner said.

Scalise defended Boehner's actions as speaker and dismissed rumblings that the chamber’s conservative wing is preparing a coup.

"He's working hard to get our agenda moved through the House and we've already seen some good action," Scalise said.

A spokesman for Reid said Sunday there will be no negotiations with the House over Homeland Security funding and immigration. Senate Democrats are expected to block any plans for formal talks in Monday night's vote.

"Sen. Reid has been clear for days on the fact that there will be no conference," said Adam Jentleson, Reid's spokesman.

"We want a clean bill,” she told CNN’s “State of the Union.” I see nothing else happening, other than a clean bill."