The FBI should have disclosed that it was "doing a number" on former Trump campaign chairman Paul Manafort in 2016, President Trump said Sunday, at once excoriating both federal investigators and the lack of transparency surrounding the ongoing Russia probe.

"As only one of two people left who could become President, why wouldn’t the FBI or Department of 'Justice' have told me that they were secretly investigating Paul Manafort (on charges that were 10 years old and had been previously dropped) during my campaign?" Trump tweeted. "Should have told me!"

He added: "....Paul Manafort came into the campaign very late and was with us for a short period of time (he represented Ronald Reagan, Bob Dole & many others over the years), but we should have been told that Comey and the boys were doing a number on him, and he wouldn’t have been hired!"

Major party candidates for the presidency receive at least one comprehensive, classified intelligence briefing after being officially nominated, and Trump reportedly received several such briefings.

Manafort became the campaign chairman in June 2016, but stepped down only two months later amid reports of his involvment in Ukrainian affairs. 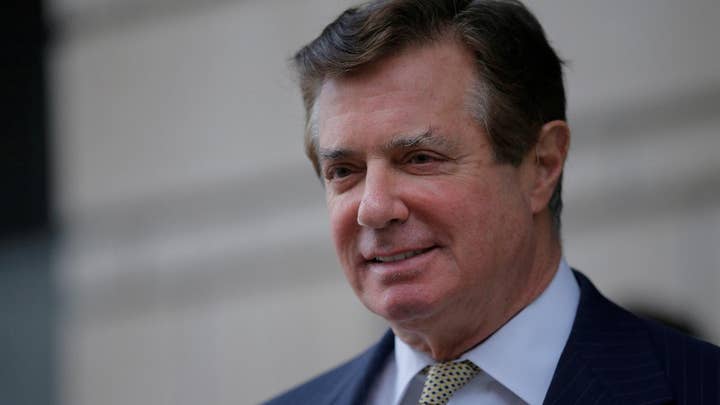 He has been charged with a variety of federal crimes, including conspiring to launder money, failing to register as an agent of a foreign principal, comitting tax and bank fraud, and providing false statements to investigators.

The FBI reportedly interviewed Manafort twice before he became campaign chair, but it is unclear if Manafort informed the Trump campaign about their inquiries.

Trump is not the only major figure to note federal investigators' supposed lack of transparency. Corey Lewandowski, who managed Trump's campaign until Manafort took over in June 2016, told “Fox News Sunday" that the FBI never contacted him about its ongoing probe.

“Never did they notify me of their concerns about potential Russian meddling” or a “potential spy,” Lewandowski said.

And in a forthcoming memoir, former Obama adviser Ben Rhodes also said that he and Obama were not aware that the FBI had begun an investigation into the Trump campaign's dealings with Russia until after the election.