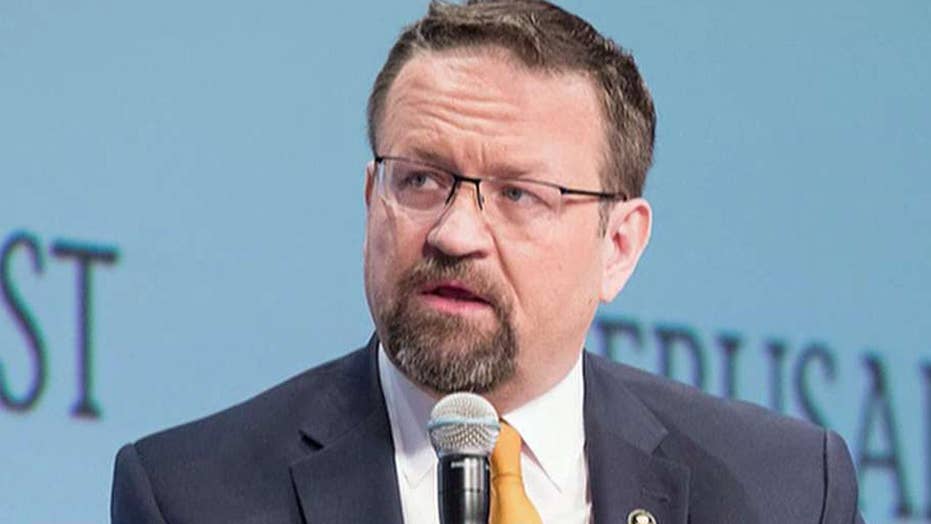 Official says Gorka did not resign, but no longer works at the White House

Sebastian Gorka, fresh off his departure from being a national security aide to President Trump, says he will likely take a post-White House role at the populist Breitbart News.

During an appearance on the Breitbart News Saturday radio show on SiriusXM, Gorka acknowledged Friday being in “negotiations” with the outlet, saying he had a “great talk” with Steve Bannon, executive chairman of Breitbart News.

Speaking to Breitbart’s Matt Boyle, Gorka said: “I will be working with Steve, with you, with the Breitbart crew.”

Bannon, Trump’s former senior counselor, left the White House a week ago and rejoined Breitbart. At the time, Bannon said he planned to go to “war for Trump against his opponents -- on Capitol Hill, in the media, and in corporate America.”

Gorka, who served as a deputy assistant at the White House, suggested he, too, plans to take a combative role at the outlet.

“Breaking the back of the fake conservatives and destroying the left-wing’s attempted monopoly of what it means to be America today – that’s what I’ll be working on with you, Matt, and with that great team at Breitbart,” he said.

There are conflicting accounts of Gorka’s exit from the White House.

Gorka, an ally of Bannon’s who worked as a national security editor at Breitbart before joining the White House, reiterated during Saturday’s show that he resigned over frustration with other factions of White House staffers.

But a White House official implied Friday he was fired. “Sebastian Gorka did not resign, but I can confirm he no longer works at the White House,” the official said.

Breitbart confirmed it is talking with Gorka about a new role.

“Breitbart is currently in negotiations with Dr. Gorka regarding his support for the website, as well as collaboration on a joint venture that would embody a Jacksonian national security vision,” it said on its site Friday.