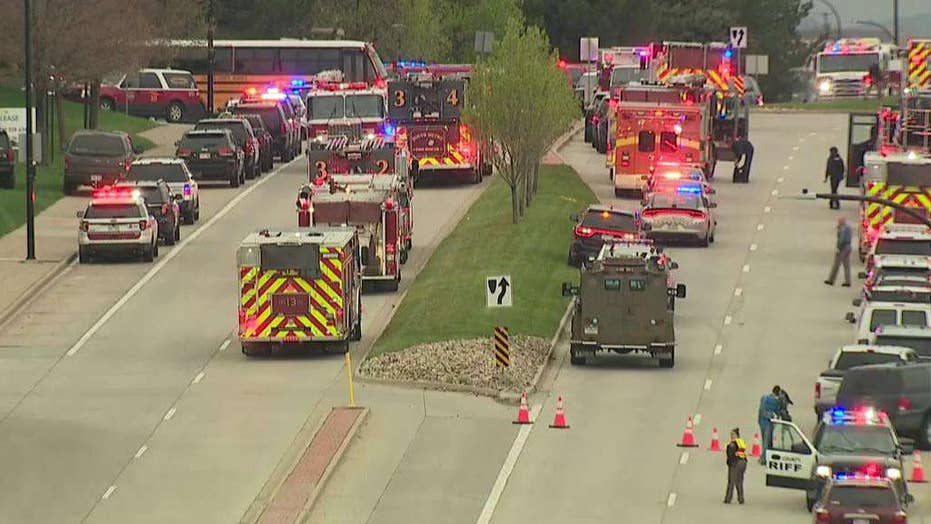 After a Colorado school shooting left one student dead and at least seven others injured on Tuesday, Democrats vying for the White House in 2020 renewed calls for stricter gun legislation.

Massachusetts Sen. Elizabeth Warren said news of the deadly shooting at the STEM School Highlands Ranch left her “heartsick for the victims,” and urged lawmakers to pass gun reform immediately.

“How many more of our children’s schools must be torn apart by gun violence until Congress does something?” she wrote in a tweet. “We need gun reform. Now.”

“My heart goes out to the victims & their families at the STEM School Highlands Ranch, just eight miles away from Columbine High School,” she tweeted. “This has to stop. We must pass federal laws to end gun violence.”

New Jersey Sen. Cory Booker shared a message on social media claiming that the government had “more federal regulation over toy guns than real ones” -- a claim that critics have slammed as misleading.

“Another day, another school shooting. Every hour we wait more people are murdered—we have to pass comprehensive gun safety reform,” he wrote in a separate tweet.

California Sen. Kamala Harris asked how many more children would have “to watch their classmates get shot before Congress and the White House act?”

Colorado Sen. Michael Bennet shared a less politicized message, saying he was thinking of all those affected by the deadly shooting.

“Closely monitoring the situation in Highlands Ranch. Thinking of every student, teacher, parent, and law enforcement officer involved,” he tweeted.

California Rep. Eric Swalwell told supporters in an email: “Today, our hearts go to Douglas County, CO and the victims of the shooting today. As I talk about the big and bold ideas on other issues, I promise that ending gun violence comes first.”

Investigators believe the two suspects behind the shooting -- an adult male and a juvenile male -- are students, officials said a news conference late Tuesday.

The suspects “walked into the STEM school, got deep inside the school and engaged students in two separate locations,” an official said. “There were a number of students that were shot and injured.”