"Cory Booker's campaign is in trouble," Miller said. "Cory Booker is looking for areas in which he can distinguish himself, set himself out of the pack. He's having trouble raising money."

Booker, D-N.J., told CNN that there should be a law banning certain weapons and a "reasonable period in which people can turn in these weapons."

The senator said that America wrongly allows "weapons of war" to be present "in streets and communities" like his own home base, Newark, N.J.

"I do think that holding Cory Booker up as an example of the left wing of the party right now is a little bit unfair to this field of 22," Miller said.

Miller said that the Democratic Party and many other Americans "are in favor of sensible gun control restrictions." 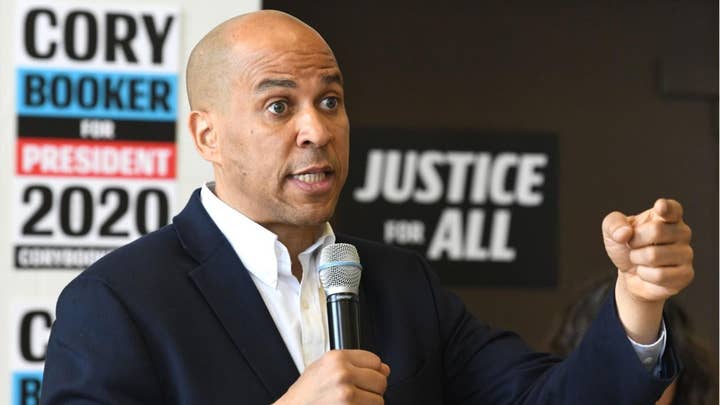 He compared the potential gun license to a driver's license, which is issued after an applicant demonstrates the proficiency to drive a vehicle.

Under the proposal, applications would be submitted at a designated office similar to the process of obtaining a passport, and the FBI would then verify the licensee's request.

CORY BOOKER DECLARES 2020 BID: 5 THINGS ABOUT THE NEW JERSEY DEMOCRAT YOU MAY NOT KNOW

"I am sick and tired of hearing thoughts and prayers for the communities that have been shattered by gun violence -- it is time for bold action," Booker said in a statement.