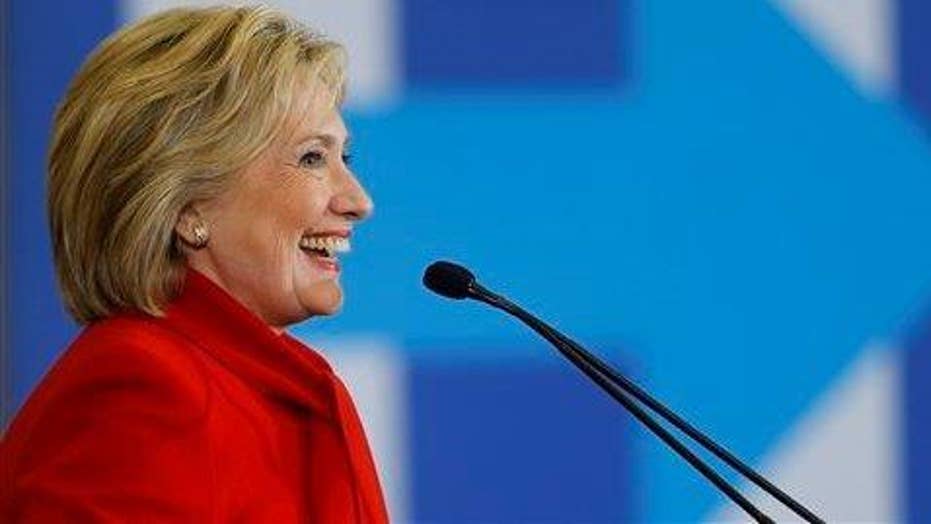 Hillary Clinton not worried about investigation into emails

But could expanding probe cause trouble for her campaign?

Hillary Clinton refused to say Monday that her handling of sensitive emails as secretary of state was an "error in judgment," telling an Iowa audience “nothing that I did was wrong.”

She spoke alongside the two other Democratic presidential candidates at a televised town hall in Des Moines, their final forum together before next Monday's caucuses. While the primary front-runner previously has apologized for her email practices, she dug in on the matter Monday night, assuming a more defensive tone.

“No, I’m not willing to say it was an error in judgment because what – nothing that I did was wrong. It was not – it was not in any way prohibited,” Clinton said when asked about her emails at the CNN-hosted forum.

“Clinton’s cratering poll numbers show why this last-minute forum was even necessary, but her refusal to admit her secret email server was a lapse in judgement will only add to Americans’ doubts about her honesty and trustworthiness,” Republican National Committee Chairman Reince Priebus said in a statement.

Questions about Clinton’s use of a private, unsecured email server to handle sensitive State Department business when she served as secretary of state have dogged her campaign, and have been seen as a factor in her dwindling lead over rival Vermont Sen. Bernie Sanders. The FBI is  investigating the matter.

Clinton has always claimed her handling of emails was merely a well-intentioned mistake and not illegal. She apologized in September, saying it was a mistake not to use two accounts, one personal and one for work.

“You know, I had no intention of doing anything other than having a convenient way of communicating, and it turned out not to be so convenient,” Clinton reiterated Monday. “So again, we've answered every question and we will continue to do so.”

Other conservative critics pointed to Clinton’s answer as proof that she simply doesn’t grasp the severity of the matter.

“When confronted with the criticism that she doesn't recognize her own mistakes, Clinton proved the criticism correct by saying she handled her email scandal poorly but that she wouldn't call it an error in judgment,” Jeff Bechdel, communications director for the conservative America Rising PAC, said in a statement.

The comments echoed those even of her supporters. In its Monday endorsement of Clinton, the Des Moines Register mentioned her handling of the email issue as one of her main weaknesses.

“She is not a perfect candidate, as evidenced the way she has handled the furor over her private email server. In our endorsement of her 2008 campaign for president, we wrote that 'when she makes a mistake, she should just say so.' That appears to be a lesson she has yet to fully embrace,” the editors said.

At the town hall, Sanders also addressed one of his biggest controversies, namely raising taxes in order to pay for his spending plans on health care.

“We will raise taxes, yes we will,” Sanders said. “Yes, we may raise taxes but we are going to remove private health care insurance premiums for individuals and businesses.”

“If you're paying $10,000 a year to a private insurance company, and hypothetically, you’re going to pay $5,000 more in taxes, or actually less than that, but you’re not going to pay any more private health insurance, are you going to be complaining about the fact that I’ve saved you $5,000 in your total bills?” Sanders asked.

He also said that he was surprised at how well his campaign has been going, saying “our message has resonated much further, must faster than I thought.”

“We are touching a nerve with the American people who understand that establishment politics just aren't bold enough," Sanders said.

Despite Clinton's push to generate enthusiasm among supporters, new data from Google Trends suggests Sanders was the real winner.

Google reported an enormous spike in search interest in the self-described "democratic socialist" during the town hall meeting, a much bigger spike than Clinton received.