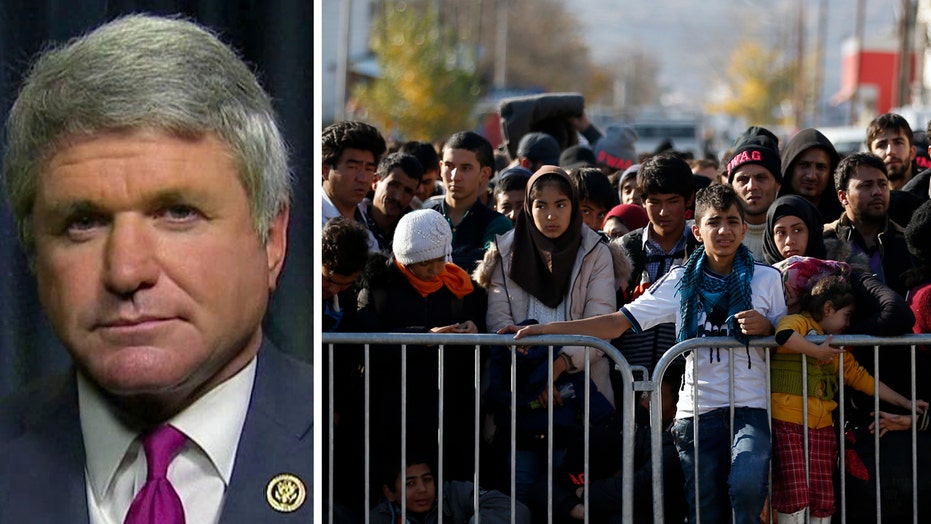 Nearly half of Syria's 23 million people have been displaced by the country's civil war, CIA Director John Brennan said Wednesday, a reality that puts added pressure on the Obama administration and America's allies to solve the growing refugee crisis.

At the same time, lawmakers on Capitol Hill introduced legislation that indicates a willingness to accept refugees from Syria and Iraq who are fleeing the civil war and Islamic State militants -- if the screening process is improved.

"America has a proud tradition of welcoming refugees into our country, and we lead the world in humanitarian assistance. However, we also must put proper measures in place to ensure our country's safety," House Homeland Security Committee Chairman Michael McCaul, R-Texas, said in a statement.

The bill introduced Wednesday would require the FBI director to certify a background investigation for each refugee -- and several top security officials to certify that each refugee is not a security threat to the U.S. -- before a refugee from Iraq or Syria can be admitted.

House Speaker Paul Ryan said the chamber would vote on the bill later this week, and stressed that it would not subject applicants to a religious test. He made this clarification after some GOP presidential candidates suggested preference should be given to Christians.

Meanwhile, Brennan said in a speech Wednesday that about half of Syria's population -- or about 12 million people -- has been displaced by the ISIS onslaught and the civil war, a number that includes both those who have been internally displaced and those forced to flee the country.

Speaking at the Overseas Security Advisory Council Conference, Brennan said Syria is "approaching 50 percent of the population" that has been displaced.

Most of those who have fled the country have gone to surrounding Middle Eastern nations and more recently into Europe. But the U.S. has faced international pressure to take more refugees as well.

Brennan said the U.S. "prides itself on its tradition of welcoming people from around the globe" and should "make sure that we are able to maintain our commitment to those values." At the same time, he said, it is "even more incumbent on the security and intelligence professionals" to carefully screen those coming in.

McCaul, in a statement, said that while he wants a "temporary suspension" of Syrian refugee admissions, "It is apparent that the President will ignore these concerns, making this legislation necessary to toughen security measures."

Indeed, President Obama on Wednesday continued to defend plans to bring in an additional 10,000 Syrian refugees over the next year.

"Slamming the door in the face of refugees would betray our deepest values. That's not who we are. And it's not what we're going to do," Obama tweeted late Wednesday morning.

Rep. Richard Hudson, R-N.C., also touted the latest House bill, saying it was based on legislation he introduced just days earlier. Hudson said the new bill would likely be voted on in the House on Thursday.

"America is a compassionate nation. No country on Earth does more or spends more to care for our fellow man. But being compassionate doesn't mean we have to have reckless policies that put American lives at risk," he said in a statement.

McCaul's committee also released a report Wednesday on the Syrian refugee flow, saying it reveals "alarming gaps in the vetting of Syrian refugees at home and abroad."

Already, the new legislation was facing criticism from both sides of the aisle.

Heritage Action executive officer Michael A. Needham said in a statement that the bill, while setting up better vetting, "provides no leverage for Congress to weigh in and relies solely on President Obama's appointees to carry out the new vetting process."

House Democrats also voiced opposition, with one House Democratic leadership aide telling Fox News the bill would "end the refugee program altogether." The aide said they hope to "negotiate a bipartisan bill" and are weighing introducing an "alternative bill."