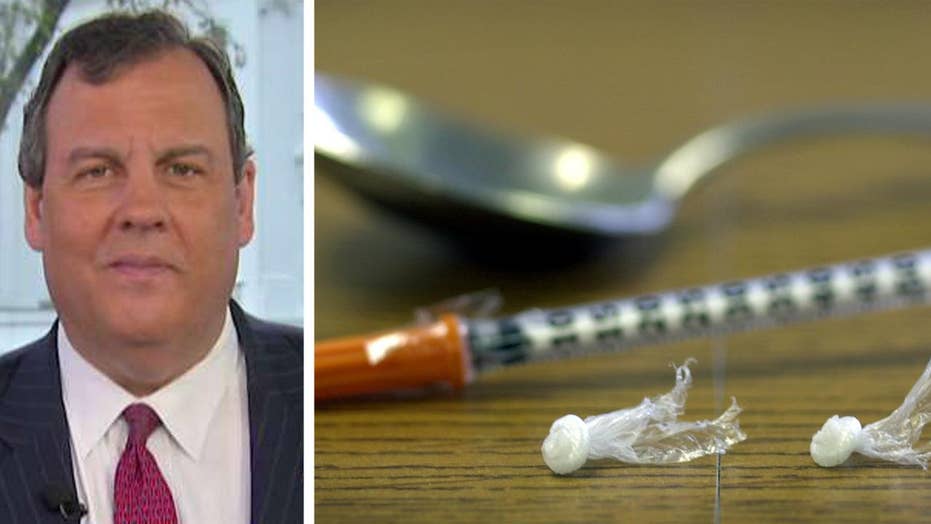 After spending some time away from the national spotlight, New Jersey Gov. Chris Christie was back at the White House Wednesday as he took the lead in President Trump’s fight against the opioid addiction crisis.

Christie is being named to lead a presidential task force on the issue, and joined Trump Wednesday for a listening session on opioid and drug abuse.

"[Drug addiction] is really one of the biggest problems our country has and no one wants to talk about it," Trump said.

Christie, who frequently shared his personal connection to the opioid epidemic during his unsuccessful presidential bid, is now the face of this new effort. He made the rounds on the morning news shows, calling for a new approach to treatment and other areas.

“This is an epidemic in our country and what this task force hopes to do is look at the issue of prevention, obviously the interdiction of drugs before they come to our country, but also and very importantly the issue of treatment,” Christie told "Fox & Friends." “Addiction is a disease and we need to treat it that way and we need to give people help they need, to renew their lives and be productive members to society.”

Christie is taking on the portfolio just months before his term is set to end next January. His future has remained unclear ever since he was passed over for a Cabinet position in the Trump administration.

But while the governor's job heading up the commission is a volunteer post, it could signal an opening into a more formal role -- perhaps in the Office of National Drug Control Policy, whose top 'drug czar' post has yet to be filled.

Asked Wednesday by Fox News about the post, a White House official said an announcement is expected "very soon." The position currently is held on an interim basis by Obama appointee Michael Botticelli.

Overall, it's been a tumultuous few years for Christie. The 2013 George Washington Bridge lane-closure scandal has continued to dog his administration, with a judge announcing sentences for key figures as Christie was in Washington Wednesday. While Christie served as head of the Trump transition team, he was abruptly replaced by then Vice President-elect Mike Pence, amid rumblings of a feud between Christie and Trump’s son-in-law Jared Kushner, whose father Christie once prosecuted.

But the new post puts Christie in charge of an issue with which he has deep familiarity.

Christie made fighting heroin and prescription drug addiction a central part of his governorship in New Jersey, particularly in the last year. Christie has a personal stake in the issue after a close friend of his died of an overdose in 2014, a story he recalled often during the presidential campaign. In February, he signed legislation that imposes a five-day limit for first-time opioid prescriptions and requires insurance companies cover six months of substance abuse treatment.

Drug addiction among working-class communities also was an ever-present topic during Trump’s campaign. White House Press Secretary Sean Spicer said Wednesday that it is a top priority for the administration.

“Stopping this epidemic is an issue that every American regardless of political background can and must get behind,” he said.

Christie's assignment may also be a sign a thawing of relations between Christie and Kushner. The drug commission is being rolled out in part by Kushner, and the Associated Press reported the two had lunch Tuesday where they discussed policy.

Christie and his wife also had dinner with Trump last month at the White House, at which they discussed drug policy.