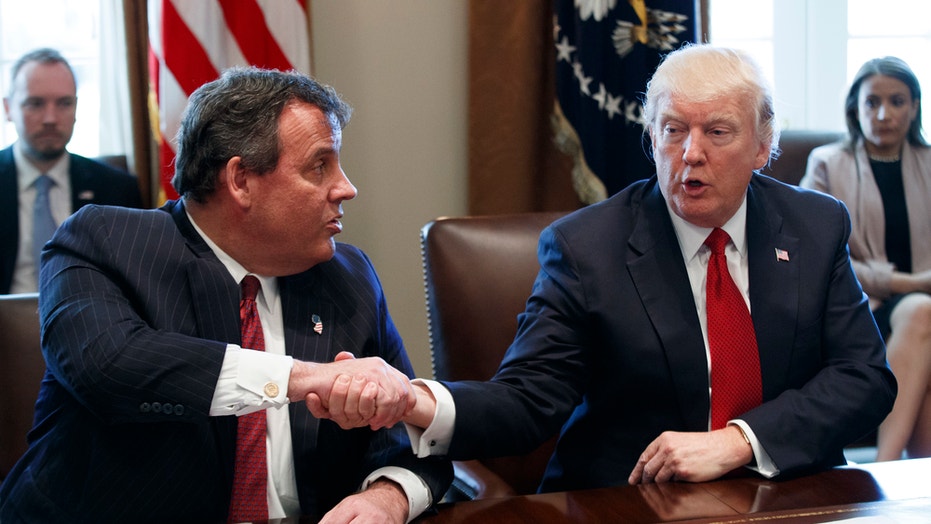 Former New Jersey Gov. Chris Christie argued that most Americans do not think the weekslong riots rocking Portland and Seattle are “acceptable” and said President Trump is right to step in if local officials don't address the issue.

“Most Americans, George, do not believe that the riots that are happening in Portland and Seattle and in other places across the country, that are causing destruction and injury and in some cases death, are acceptable,” Christie told ABC’s George Stephanopoulos on “This Week” Sunday.

“I do think it's an effective thing to do,” Christie, a Republican, said in regard to Trump taking action.

“I don't know whether it's going to make sense politically or not for him, George, but it's his responsibility, as president, if the mayors are willing to walk away from their own responsibility, not to support peaceful protests, but to stop violent riots.”

The former New Jersey governor said it was “insulting” to compare places in America that saw peaceful protests to places like Portland and Seattle.

“It’s insulting to say that what’s going on in Portland and Seattle is what America is supposed to look like,” said Christie. “It’s further insulting to compare the peaceful protesters that were locking arms with police in Camden to protest rightfully police brutality with the people who are throwing Molotov cocktails and destroying property in Portland and Seattle.”

In 2013, while Christie served as governor, Camden, N.J. overhauled its police department to focus on community policing.

Last month, in Seattle, several people were killed as the city waited weeks before disbanding the Capitol Hill Organized Protest zone, which protesters had occupied and refused access to police.

Trump said Monday that federal officers were not involved in Seattle, but were on "standby" for a flareup of unrest in the city.

"Homeland Security or Federal Forces are little involved in Seattle, other than we have a large standby team in case of emergency," the president tweeted. "The media is calling that one wrong also. In Portland, we are protecting Federal property, including the Courthouse, which wouldn’t last a day!"

Meanwhile, the Trump administration has deployed federal law enforcement officers to Portland, which also has been ravaged by riots and protests for two straight months, to protect federal buildings. Local Portland officials have called on federal officers to leave the area, especially after reports circulated that officers wearing military garb were detaining protesters in unmarked vans.

Civil rights groups have called the incidents "kidnapping." The U.S. Attorney for Oregon, Billy Williams, has requested an inspector general probe into the incidents and the Department of Homeland Security (DHS) has said that the agents were identified with Customs and Border Protection (CBP) insignia during the alleged encounters, but that their names were not on their uniforms due to doxing attempts against the officers.

Protesters are now encroaching on the land federal officers have been sent to protect, protesting nightly outside Mark O. Hatfield U.S. Courthouse, attempting to set the courthouse on fire, vandalizing the building, and throwing knives and using fireworks against federal law enforcement sent to defend the building.

"Any person who oversees the kidnapping of protesters and the violent occupation of American cities has no place in our government," he said.

"Portland, Ore., is not out of control," Rep Earl Blumenauer, D-Ore., said on the House floor last week. "To be sure, there are some people who have strong feelings and there are some who have done things that are inappropriate and unlawful. But that is the challenge of our local officials and our state officials to manage it. Not having somebody unwelcome, uninvited and unprepared coming to take this difficult situation and make it worse."

Wolf has defended the presence of federal officers and called out local officials for saying the demonstrations are mostly peaceful.

He added: “That's very different than what's going on in Chicago, places like Chicago, Albuquerque, Kansas City. That is where you see normal criminal activity, street crime, what we say regarding gangs and drug dealers.”

Wolf said on Sunday that if officials in Oregon did their jobs, then the federal government would not have to send in its agents.

“We see city leadership there has fostered an environment that allows these criminals to do this throughout the night, untouched, absolutely untouched. It's time for Portland to join other responsible cities around this country working with federal law enforcement to address this violence,” he said.

Wolf added: “We need Portland to step up to the plate, do their responsibility and work with us to address violent criminal activity occurring every night.”

Last week, in a “law and order” event, Trump announced that he is also deploying 100 federal officers to Chicago to combat rising crime rates.

Sending federal law enforcement to aid local police is not unprecedented — Attorney General Bill Barr announced a similar surge effort in December for seven cities that had seen spiking violence. But typically those officers fall under the umbrella of the Justice Department, like agents from the Bureau of Alcohol, Tobacco, Firearms and Explosives or the Drug Enforcement Administration. This surge effort will include Department of Homeland Security Investigations (HSI) officers, who generally conduct drug trafficking and child exploitation investigations.