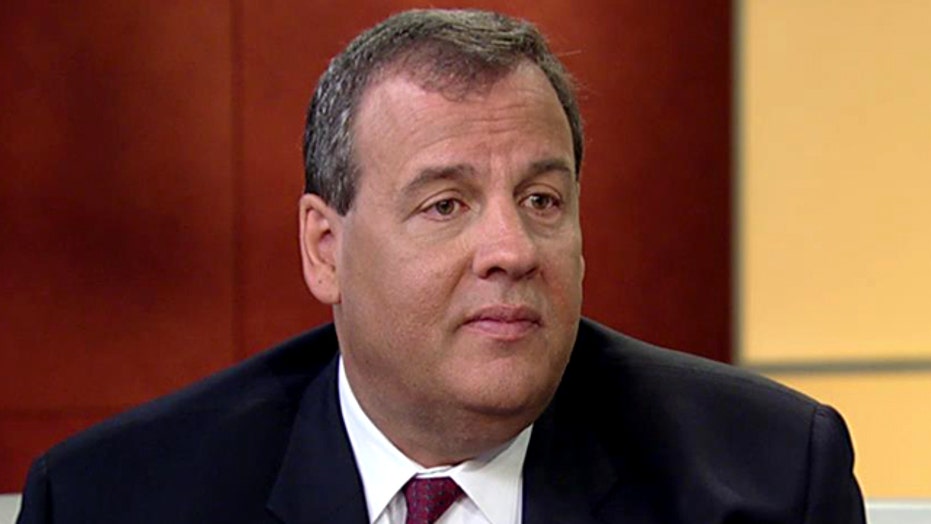 New Jersey governor on a potential race for the White House

New Jersey Gov. Chris Christie lashed out at Sens. Mike Lee, R-Utah, and Rand Paul, R-Ky., on “Fox and Friends” Wednesday, over their efforts to block the renewal of the Patriot Act.

“He’s a criminal, he’s a criminal and he’s hiding in Russia, and he’s lecturing to us about the evils of authoritarian government, while he lives under the protective umbrella of Vladimir Putin,” Christie said. “That’s who Mike Lee and Rand Paul are siding with – with Edward Snowden? Come on.”

The beef between the senators and Christie has been growing for some time. Christie had told supporters in New Hampshire that “you can’t enjoy our civil liberties if you’re in a coffin.”

Lee later told CNN he found the remark “really disappointing” and it reflected “governing by fear and governing by false choice.” He also said Christie should be ashamed of himself.

The feud with Lee and Paul, a declared presidential candidate, comes as Congress is stuck on what to do about expiring NSA surveillance programs.

Lee backs an alternative to the Patriot Act called the USA Freedom Act. The House-passed bill aims to limit bulk collection of metadata on American citizens. But neither that, nor a straight, short-term extension of the Patriot Act, was able to advance in the Senate before lawmakers left on the holiday break. The data collection program is set to expire at the end of the month.

“If a President Christie had drawn a red line in Syria,” the United Sates would have gone after Assad as promised, he said.

Christie also criticized Obama for not being aggressive enough bringing together allies in the Middle East.

“They need American support and American leadership and American strategic vision, this president hasn’t put it out there, this is the guy who called them the JV,” Christie said. “Now, all of a sudden. He’s got a strategy that’s successful? It’s been disappointing to watch it.”