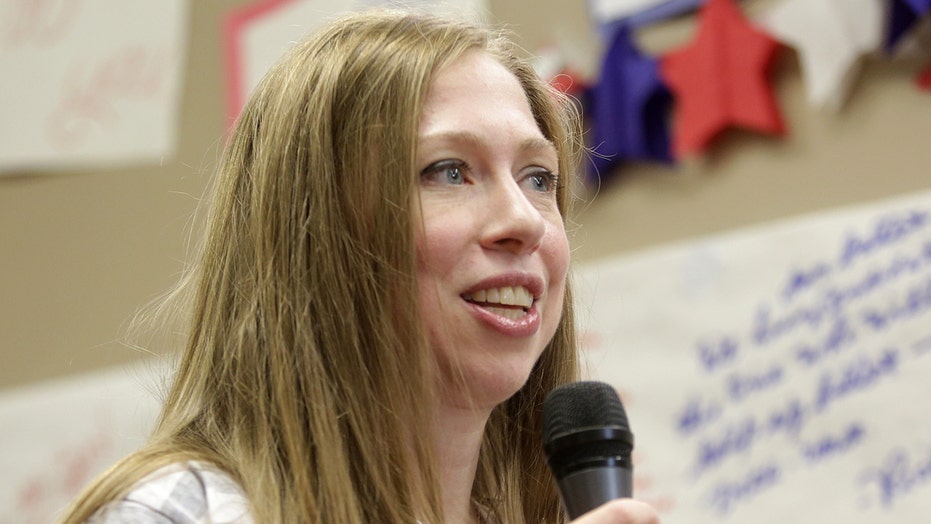 Chelsea Clinton opted to travel to a “clean energy” roundtable in this week in a private jet to campaign on behalf of her mother Hillary Clinton.

Clinton first attended two events in Greenville, North Carolina, stopping by a campaign office and then going to an event at East Carolina University to discuss college affordability.

After her two events in Greenville, Clinton was scheduled to attend a “clean energy roundtable” in Asheville, which is about a 5-hour drive away. But instead of driving or flying on a commercial plane, Clinton opted to a take a private jet. The NTK Network posted a tracking video that shows Clinton boarding the private jet on Wednesday.

Hillary Clinton has a long history of using private jets rather than flying commercial. While Clinton was secretary of state, she once referred to commercial flights as “burdensome.”

The Clintons are not the only liberals who have left carbon footprints while lecturing others about how to travel without leaving their own. Former Maryland Democratic Gov. Martin O’Malley and liberal billionaire environmentalist Tom Steyer were seen leaving a green energy conference in 2014 in a Chevrolet Suburban, one of the least environmentally friendly vehicles on the market. Steyer has donated millions to various environmental groups and Democratic campaigns.