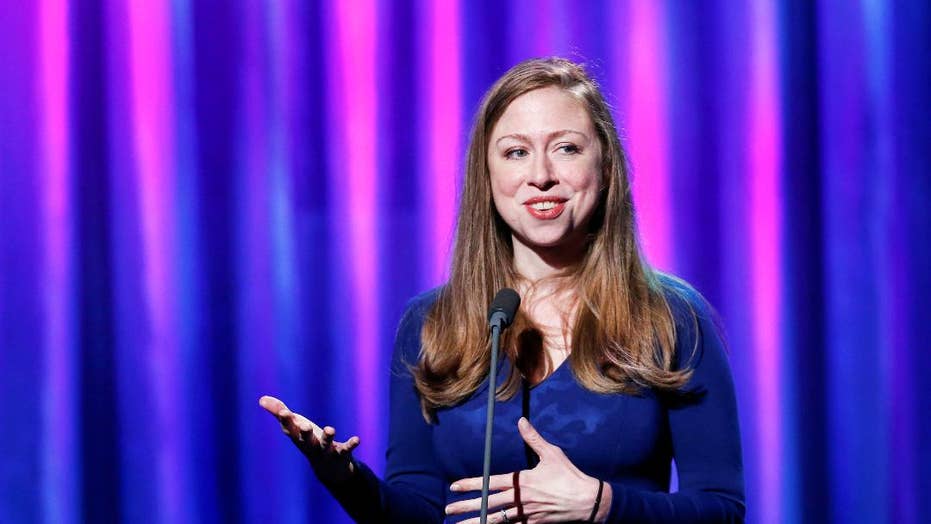 In an interview on “The Late Show with Stephen Colbert,” Chelsea Clinton said Ivanka Trump is “fair game” for media criticism because she works for the president.

Chelsea Clinton on Friday called out New York Times reporter Amy Chozick for claiming the former first daughter popped Champagne on the night of the 2016 presidential election and poured it into Hillary Clinton campaign staffers' glasses.

The Times published an excerpt of Chozick's new book—Chasing Hillary: Ten Years, Two Presidential Campaigns, and One Intact Glass Ceiling, which will be released on Tuesday—discussing the Clinton campaign's experience on election night.

"Things were already looking bad when Chelsea Clinton popped the Champagne," Chozick writes. "It was just after 9 p.m. on election night and she was having her hair and makeup done in the family's suite at the Peninsula hotel. She stopped to pour what somebody told me was Veuve Clicquot into everyone's glasses, figuring that in a couple of hours Donald Trump's run of early victories in red states (West Virginia, Oklahoma, Alabama) would end and the map would turn back in her mom's favor."

Clinton fired back on Twitter, telling Chozick that her account of events is "false" and that she "would have been happy" to say what happened that night if she had asked.

"Hi @amychozick! The 1st line ("Things were already looking bad when Chelsea Clinton popped the Champagne") is false," Clinton wrote. "I would have been happy to tell you that if you'd asked, which you didn't. Looking forward to the correction once you fact check. Thanks!"