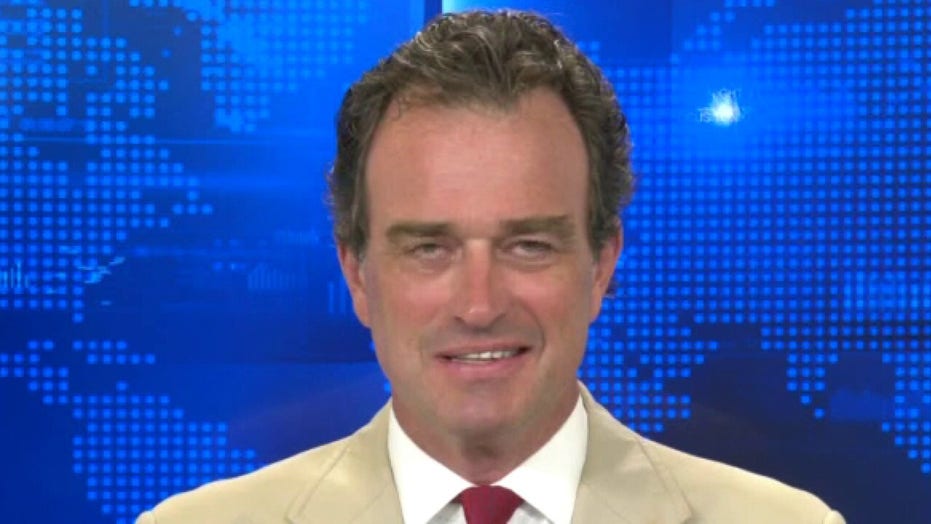 "It's uncanny" how closely the polling for the 2020 presidential election resembles the polling from four years ago, Washington Times opinion editor Charles Hurt said Wednesday on "The Story".

Hurt was responding to a new analysis from the website FiveThirtyEight.com that gave presumptive Democratic nominee Joe Biden a 71 percent chance at winning in November. Conversely, President Trump was given just a 29 percent chance of reelection.

AHEAD OF VP PICK, BIDEN UP 10 POINTS OVER TRUMP: POLL

"If these numbers give you a sense of deja vu," FiveThirtyEight editor-in-chief Nate Silver wrote Wednesday, "it may be because they’re very similar to our final forecast in 2016 … when Trump also had a 29 percent chance of winning! (And Hillary Clinton had a 71 percent chance.)"

Turning to Joe Biden's selection of Kamala Harris to be his running mate, Hurt predicted that "today and in the next couple of weeks are going to be when we get a far better feel for where people are in regards to this election."

He added that many likely voters are not likely to begin paying attention to the election until long after the pundits have chewed over the race thoroughly.

"In a year like this," he said, "where you have a pandemic, you have an economic collapse, you have this rioting, you have a lot of reasons people are, I think, really not tuning in until a little bit later."