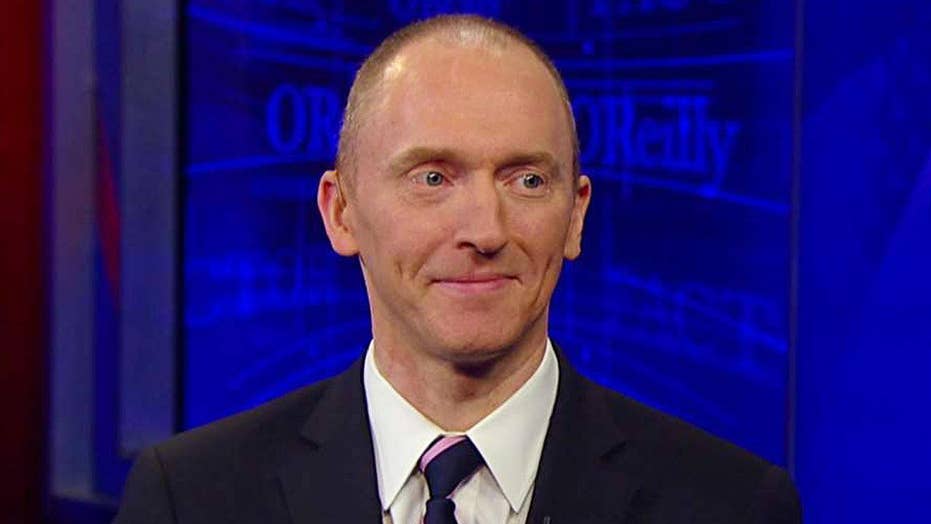 Page reportedly was the target of a so-called FISA order issued last summer that permitted investigators to monitor his communications as part of an ongoing investigation into ties between Russia and Trump campaign officials. He told Fox News Wednesday that the warrant would have been based on "false evidence" and has denied any wrongdoing.

"I’m very encouraged by all this new information that’s coming out about some of these unethical practices and potentially illegal practices," Page told host Eric Bolling Thursday. "When you introduce false evidence in a court of law, including the FISA court, that is illegal."

"Do you think there was some false evidence about you introduced to the FISA court to obtain that warrant so they could surveil you?" Bolling asked.

"Well, there's certainly a lot of indications," answered Page, who referred to information about him in the so-called "dodgy dossier," which contained salacious allegations about Trump and members of his campaign team and was compiled by a former British intelligence officer.

Page told Bolling the information about him in the dossier was "completely false [and] based on a private investigator people associated with the [Hillary ]Clinton campaign hired."

"I’m very encouraged that all of the lies that have been a drag on this administration are finally coming out into the open," Page added. "So many people have lied against me from the Clinton campaign and many of their surrogates ... let's see what actually comes out."