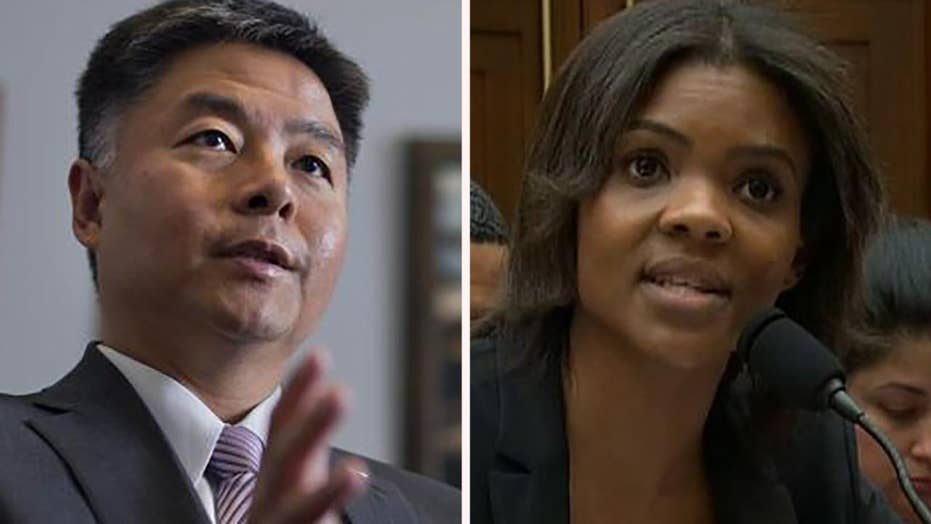 The viral clip of conservative commentator Candace Owens accusing Rep. Ted Lieu, D-Calif., of distorting her comments in such fashion that he must “believe black people are stupid” has become the most-viewed C-SPAN Twitter video from a House hearing.

The Twitter video of the exchange so far accumulated nearly 6.8 million views and appears to be on track to be most watched C-SPAN clip from a House hearing on all platforms.

“In less than 24 hours, this video is the most watched C-SPAN Twitter video from a House hearing (4.47 million views),” tweeted Jeremy Art, C-SPAN’s social media senior specialist, before the video got another 2.3 million views.

He added that it’s not yet the most watched C-SPAN video from a House hearing ever as it still lacks a couple of millions views – 5 million at the time of the tweet, though the gap has been cut in half since – to be on par with a video from a House hearing in 2017 in which Secretary of Education Betsy DeVos was criticized for not being able to “come up with one example of discrimination that you would stand up for students.”

In the explosive video, Lieu fired the first shot at Owens by playing a short audio recording of her previous remarks at a conference in December, which were widely circulated in February, where she argued that she doesn’t have a problem with “nationalism.”

“I think the definition gets poisoned by elites that want globalism. Globalism is what I don't want.  When we say ‘nationalism,’ the first thing people think about — at least in America — is Hitler,” she is heard saying.

“You know, he was a national socialist, but if Hitler just wanted to make Germany great and have things run well, OK then, fine. The problem is, he had dreams outside of Germany. He wanted to globalize. He wanted everyone to be German. ...”

Owens fired back at Lieu, accusing him of intentionally misrepresenting her views to drive a false narrative.

“I think it’s pretty apparent that Mr. Lieu believes that black people are stupid and will not pursue the full clip in its entirety,” Owens said.

“I think it’s pretty apparent that Mr. Lieu believes that black people are stupid and will not pursue the full clip in its entirety.”

“He is assuming that black people will not go and pursue the full two-hour clip. He purposefully cut off -- and you didn't hear the question that was asked of me. He's trying to present as if I was launching a defense of Hitler in Germany, when in fact the question that was presented to me was pertaining to whether I believed in nationalism, and that nationalism was bad,” she continued.