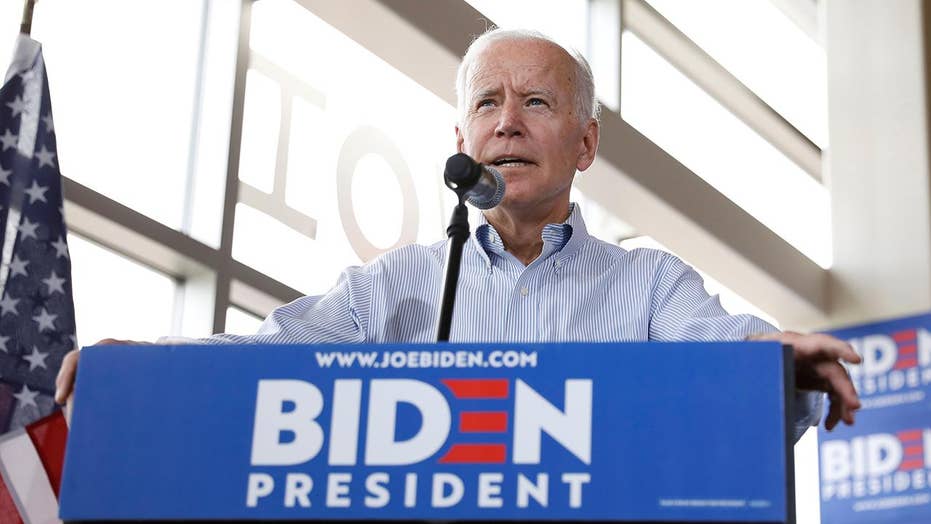 Will Joe Biden's past hurt him among black voters?

The two discussed 2020 presidential candidates Joe Biden and Bernie Sanders and hashed out their disagreements on the issue of welfare policies and their impact on the African-American community.

The two had a rare agreement in their condemnation of Biden, who Dr. West slammed as a "backward-looking neo-liberal with little vision and less courage." Dr. West, for the second consecutive presidential election, has thrown his support behind Bernie Sanders -- an endorsement Owens vehemently disagreed with.

Sanders' self-declared Democratic socialism is the primary issue Owens has with him as a candidate, she said, arguing that socialist welfare policies have "destroyed and decimated the black community."

The professor and activist went on to say that Bernie Sanders is a politician who has "vision, courage and consistency" who has stood steadfast with poor working Americans.

Dr. West refuted her belief that welfare is a "socialist" policy, arguing instead that its intent was to "intervene given the failure of capitalism to provide jobs of a living wage for people."

"One hundred years after slavery the black community was doing better, they were going up, up, up," Owens said in response. "Then, suddenly, they socialized our community and the black community went down, down," she continued, arguing that Sanders is attempting to socialize the nation at large, not just marginalized communities.

"You know his policies don't work. You know socialism has led to more deaths than anything in the last 100 years," she continued.

Dr. West continued the conversation by reiterating his statement that welfare is not a policy of socialism, contradicting the negative connotation of "hand-outs."

"The very fact that you've been able to aspire and achieve the level you have based on the struggle of those that came before from W.E.B. DuBois, Ida B. Wells and Frederic Douglas, they were not concerned with isms but they were concerned with justice and fairness," Dr. West said.

He continued by saying that Bernie Sanders is "a part of that legacy" left behind by historical figures crusading for better lives for all.

"You have to get your history right," he concluded.