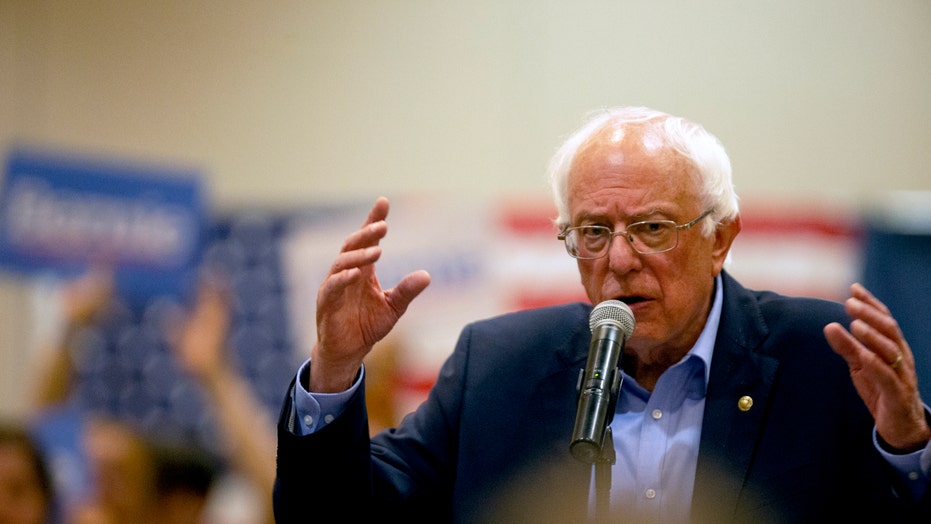 Sen. Bernie Sanders, I-Vt.,  is expected to make a speech on Wednesday touting his idea of Democratic socialism, a system promising Medicare-for-all, free public college and a $15-per-hour minimum wage, all of which have caused Republicans to dismiss him as too far to the left.

Sanders is expected to defend these ideals as the "unfinished business" necessary to restore America to Franklin Roosevelt's New Deal era if he's elected president in 2020.

"Over 80 years ago, Franklin Delano Roosevelt helped create a government that made huge progress in protecting the needs of working families," Sanders, 77, is expected to say, according to an excerpt from his remarks. "Today in the second decade of the 21st century, we must take up the unfinished business of the New Deal and carry it to completion. This is the unfinished business of the Democratic Party and the vision we must accomplish."

Sanders' campaign platform will largely hinge on the promise to address the growing wealth inequality and guarantee economic rights that he feels all American's are entitled to. In January, Sanders proposed a plan that would impose higher estate taxes starting at $3.5 million with a 77 percent rate on billionaire estates.

The Republican National Committee, in a statement, called him a "self-avowed socialist who wants to double your taxes so the government can take over your health care."

Sanders, a pioneer for a Medicare-for-all system, believes all Americans should have access to affordable health care through the government.

His remarks are not entirely new, and will largely echo ideas used in his bid for the Democratic nomination in 2018, when he lost to Hillary Clinton, but the political landscape has changed dramatically since that time. In a field of 24 Democratic candidates, Sanders is not the only one touting ideals farther to the left, and he is hopeful it will attract the attention of younger voters.

The 2020 hopeful, who is trailing top Democratic contender, former Vice President Joe Biden by more than 15 points, according to a poll by Real Clear Politics, is expected to slam President Trump in his speech, combating the common criticisms of his Democratic socialist plan.

"They may hate Democratic socialism because it benefits working people," Sanders said referring to both Republicans and Trump, "but they absolutely love corporate socialism that enriches Trump and other billionaires."

"Overnight, Wall Street became big-government socialists and begged for the largest federal bailout in American history -- over $1 trillion from the Treasury and even more from the Fed," Sanders said, referring to the stock market slump in 2008 that led to an economic crisis and massive job losses.

"But it's not just Wall Street which loves socialism -- when it works for them. It is the norm across the entire corporate world."