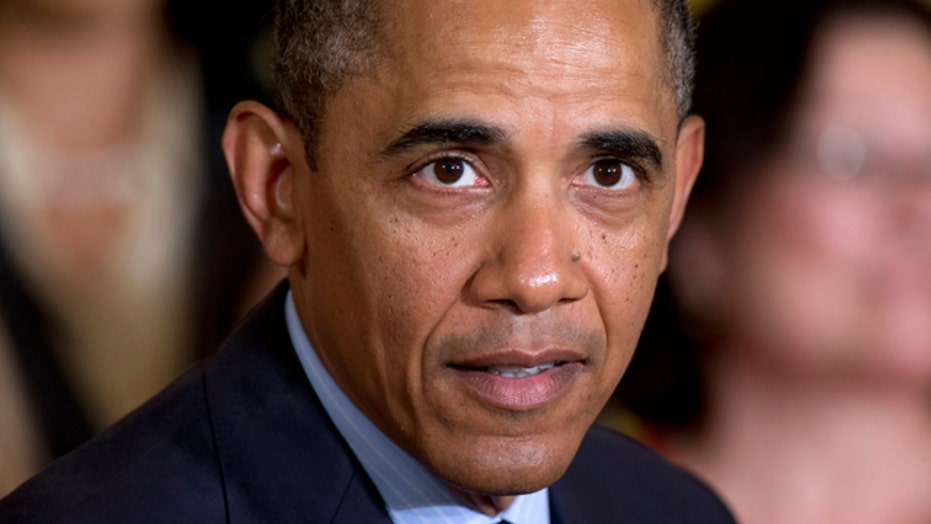 Government surveillance leaker on the run. Will Obama sell surveillance? Plus - the future of the Libertarian moment.

“Now, the NSA program, as I discussed this morning, is a very limited issue…”

President Obama says it’s time for a national dialogue about the government spying on citizens. But which side will he be taking, if he takes one at all?

The jaw-dropping revelations of the past five days have made clear what might have previously sounded kooky: That the federal government has the ability to monitor, to some degree, every phone line and every bit of Internet activity of every American. If whom you call and what you search or send sets off the system, you will go from being a bit of “Big Data” to having your life on the network harvested by government gleaners.

Defenders of the program argue that it is being responsibly managed and is a necessary component of life in the era of decentralized Islamist terrorism. While this dragnet may not have stopped the Boston Marathon bombing, the Ft. Hood massacre and other attacks, they say untold other plots have been disrupted in time.

Obama, who once railed against this kind of snooping and surveillance to his own political advantage, has become its greatest benefactor and enabler. Technology allows today what would have been impossible 12 years ago, and Obama has apparently offered little resistance to the idea of an all-encompassing surveillance network.

The revelations by Edward Snowden have put that network in jeopardy as Americans grapple with the reality of being under near-constant scrutiny by their government. And its longtime defenders, especially Republican hawks, are deeply concerned that the timing of the recent revelations, coming as they do amid evidence of abuses of power in other government agencies, could be curtains for PRISM and other domestic snooping.

They have good reason to be alarmed. Democrats won’t much be defending the programs, and the Republican Party has grown more and more libertarian in the era of Obama as conservatives grow more distrustful of government and more opposed to interventionist policies overseas.

What might have once sounded plausible and defensible to Republican ears has become repellant to those who believe that political corruption and abuse are rampant in Obama’s administration. Promises that secret oversight of secret programs provides adequate accountability to protect Americans from abuses sounds thin to conservatives who have watched their movement harassed by the IRS and seen reporters targeted by the Justice Department.

The political potency of this issue is enormous, and Obama’s apparent betrayal of his previous positions has opened up tremendous opportunity for libertarian conservatives like Sen. Rand Paul.

Which leaves us with the question: Will Obama summon the political courage to defend programs he says are crucial to protecting the nation? He has so far tried to wave off these concerns, but the nature of the revelations will not allow easy dismissal.

If Snowden, the 29-year-old high school dropout with a gig at a government contractor, had enough access to turn himself into the most wanted American fugitive in the world, what else might other cyberspooks have been able to reveal?

Surely Snowden is not the first person to have sneaked a little something home in his digital briefcase. Who knows what other purposes may have been served by less high-minded data thieves. Blackmail? Selling of state secrets? Aiding one’s political party? Voyeurism? Stalking?

Maybe there were good deeds, too. An analyst may have opted to alert police to domestic violence or other crimes. But a system that entrusted Snowden with such awesome power has surely entrusted many, many others with similar or greater privileges. If we have come to know about the system because of the abuse of the system, there’s little reason to believe it hasn’t been abused before or won’t be abused in the future.

Obama’s strategy in Afghanistan – a double surge followed by a gradual, scheduled retreat – has proven disastrous. It may be that no strategy could have worked in Afghanistan and that Western armies have failed there since the days of Gen. Elphinstone quite unavoidably.

But whatever the reason, after 11 years, American forces aren’t able to keep the Kabul airport open.

Along this unhappy path, Obama has mostly declined to take any political risks. He would not argue for his war nor would he advance the idea supported by his base of speedier withdrawal. Instead, Obama gave a handful of speeches and let the war drift to this unhappy end.

If he applies similar passivity to his own domestic spying program, one can expect a similar outcome.

Unless the president is ready to defend his policies to his own suspicious political base, opposition to these programs will grow and grow between now and 2016. Unlike Afghanistan, this is not an issue that can be shelved in order to discuss birth control, gay marriage, solar panels or whatever else the president would like to discuss.