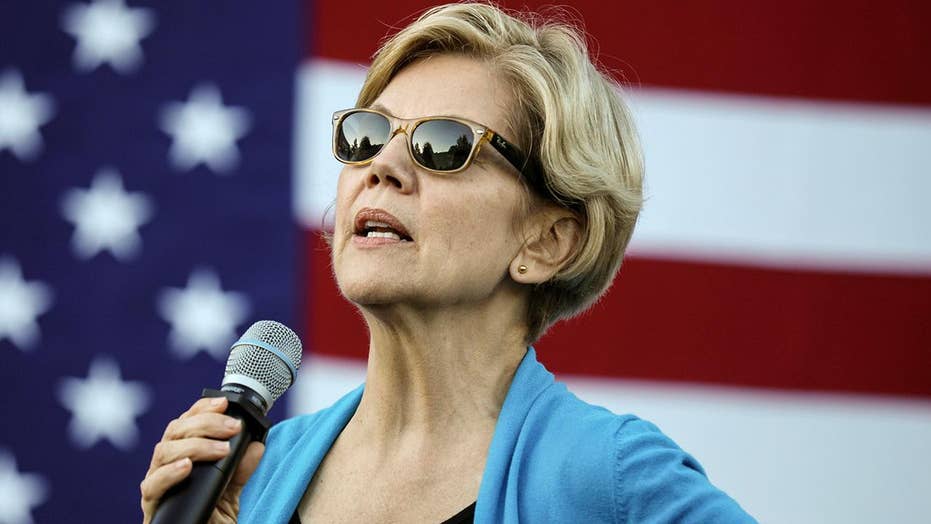 Candidates ease up on Joe Biden, focus on Sen. Warren during televised Democratic debate; reaction and analysis on 'The Five.'

South Bend, Ind. Mayor Pete Buttigieg slammed Sen. Elizabeth Warren, D-Mass., at this week's Democratic debate over her not being clear about whether middle-class tax hikes would fund Medicare-for-all. But remarks Buttigieg made at a previous debate contradicted his hardened stance.

Buttigieg, who has campaigned on "Medicare-for-all-who-want it," called out Warren for being "evasive" on whether her health care plan would lead to tax hikes, saying a "yes or no question" didn't get a "yes or no answer."

"Look, this is why people here in the Midwest are so frustrated with Washington in general and Capitol Hill in particular," Buttigieg told Warren. "Your signature, senator, is to have a plan for everything -- except this."

"No plan has been laid out to explain how a multi-trillion-dollar hole in this Medicare-for-all plan that Senator Warren is putting forward is supposed to get filled in," he said.

However, Buttigieg struck a different tone at the previous Democratic debate in July when he was asked "yes or no" by CNN moderator Jake Tapper if he was "willing" to raise taxes on the middle class to fund universal health care coverage.

"I think you can buy into it, that's the idea of Medicare-for-all-who-want-it," Buttigieg responded. “Look, this is a distinction without a difference, whether you're paying the same money in the form of taxes or premiums.“

The Buttigieg campaign did not immediately respond to Fox News for comment.

The 37-year-old candidate also raised eyebrows this week over a resurfaced tweet from February 2018 where he professed his support for Medicare-for-all.

"I, Pete Buttigieg, politician, do henceforth and forthwith declare, most affirmatively and indubitably, unto the ages, that I do favor Medicare for All, as I do favor any measure that would help get all Americans covered," Buttigieg wrote, responding to whether or not he supported it.

A Buttigieg aide Wednesday said that he had not changed his position on Medicare-for-all, explaining that the candidate supports it as an end goal but he wants to take a "glide path" to get there, The Hill reported.