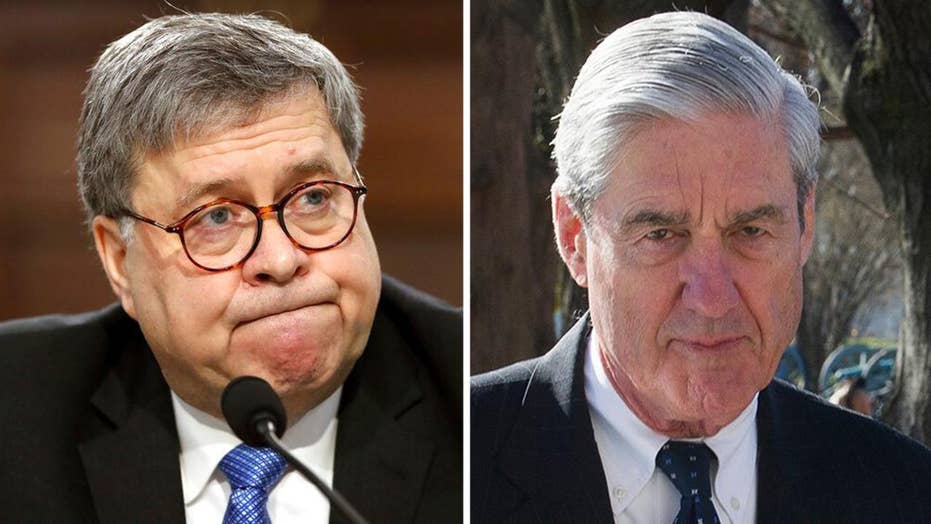 Ahead of Attorney General William Barr's hearing on Capitol Hill Wednesday, Fox News "Special Report" host Bret Baier said that Robert Mueller acknowledged that Barr's controversial summary of the Special Counsel's investigation was not incorrect, despite raising some concerns about its execution and the ensuing media coverage.

It was revealed Tuesday night by The Washington Post that Mueller expressed in both a letter and a phone call to Barr that he was frustrated by Barr's summary of his investigation, and the resulting media coverage of it.

Mueller wrote in a letter to Barr that the attorney general's interpretation of his investigation "did not fully capture the context, nature, and substance of this office’s work and conclusions."

During an appearance on "America's Newsroom" on Wednesday, Baier pointed out that although Mueller did get in contact with Barr about his letter, a Department of Justice spokesperson said that Mueller did not believe that Barr's conclusions were inaccurate.

Specifically, Baier highlighted the phone call between Barr and Mueller, which was described by the spokesperson as "cordial and professional."

"The Special Counsel emphasized that nothing in the Attorney General’s March 24 letter was inaccurate or misleading," the spokeswoman told "The Washington Post."

"But, he expressed frustration over the lack of context and the resulting media coverage regarding the Special Counsel’s obstruction analysis."

Baier argued that the Attorney General will face rigorous questioning this week, and so it was important to recognize that Mueller did acknowledge that Barr's conclusions were not wrong.

"That gets lost in all of the hubbub of this letter," Baier said. "Do I agree that Barr is going to get grilled? One hundred percent. Are there many questions about obstruction of justice and why Mueller doesn't get to a conclusion in the 10 instances? Yes. But, from the phone call description, he concedes that it's not inaccurate," he said.

Barr took the stand Wednesday morning to answer questions from the Senate Judiciary Committee about his letter on the Mueller investigation. He may testify before the House Judiciary Committee on Thursday if a resolution can be found regarding whether the committee members themselves will question Barr or if it will be done by their lawyers.