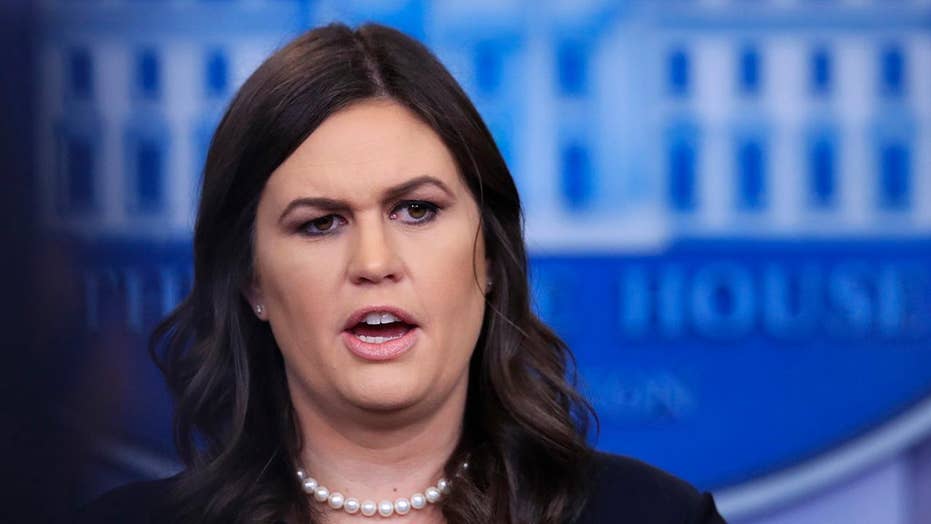 Breitbart News “should look at and consider” severing ties with its executive chairman, Steve Bannon, over comments that Bannon reportedly made to "Fire and Fury" author Michael Wolff.

That was White House press secretary Sarah Huckee Sanders' response Thursday when asked about Bannon's controversial remarks on President Donald Trump and his family, which appear in the new book being released Friday.

“I certainly think it’s something they should look at and consider,” Sanders said about whether Breitbart should part ways with Bannon, a former White House political strategist.

The comments attributed to Bannon in “Fire and Fury: Inside the Trump White House,” include his assessment that Donald Trump Jr.’s 2016 meeting with Russians in Trump Tower was “treasonous” and “unpatriotic.”

Bannon also reportedly said that any information received from the Russians on then-Democratic presidential candidate Hillary Clinton should be “dump(ed) … down to Breitbart or something like that, or maybe some other more legitimate publication.”

Trump’s lawyers also issued a cease and desist letter, threatening Bannon with “imminent” legal action and saying his comments to Wolff were a violation of a nondisclosure agreement he had signed during the campaign.

“Donald J. Trump Jr. is a very honest person, he’s an American patriot, and to call him treasonous, you got something wrong with you, pal,” Scaramucci said during a television interview on Thursday, according to the Washington Times. “You gotta get back to your therapist, OK? And get back on the air, and take it back.”

The growing pressure on Bannon reached its peak after Republican mega-donor Rebekah Mercer – who funds Breitbart – openly rebuked Bannon, saying the Mercer family does not “support his recent actions and statements.

"I support President Trump and the platform upon which he was elected," Mercer said in a statement provided to the Washington Post. "My family and I have not communicated with Steve Bannon in many months and have provided no financial support to his political agenda, nor do we support his recent actions and statements."

Bannon, despite the condemnations, said Trump is a “great man” during a Breitbart radio appearance Wednesday.

“You know I support him day in and day out, whether going through the country giving the Trump miracle speech or on the show or on the website,” he said.