President Trump is expected to use Tuesday evening’s Oval Office address to tout statistics showing a dramatic influx of families, drugs and criminals crossing the U.S.-Mexico border, as he makes the case that the situation is a humanitarian and national security crisis necessitating an effective physical barrier.

“More children and families are being apprehended between the ports of entry than ever before,” the presentation from Nielsen, given to lawmakers, states. “For the first time in history, family units and children comprise the vast majority of apprehensions.” The information cited Customs and Border Protection arrests and drug seizures.

Nielsen has also cited statistics indicating there has been an influx of dangerous people crossing the border, including criminals, gang members and suspected terrorists.

According to the administration, 17,000 adults in 2018 with existing criminal records were arrested at the border, 3,755 known or suspected terrorists were prevented from traveling to or entering the U.S., and 6,000 gang members, including from MS-13, were apprehended at the border.

“I think what’s important here is there’s a real sense of urgency,” Nielsen said in a Monday press briefing. “The crisis is getting worse.”

But the figures over dangerous people have caused friction between the administration and Democrats on Capitol Hill. Last week, when Nielsen attempted to brief congressional leaders on the figures, House Speaker Nancy Pelosi reportedly told her “I reject your facts.” 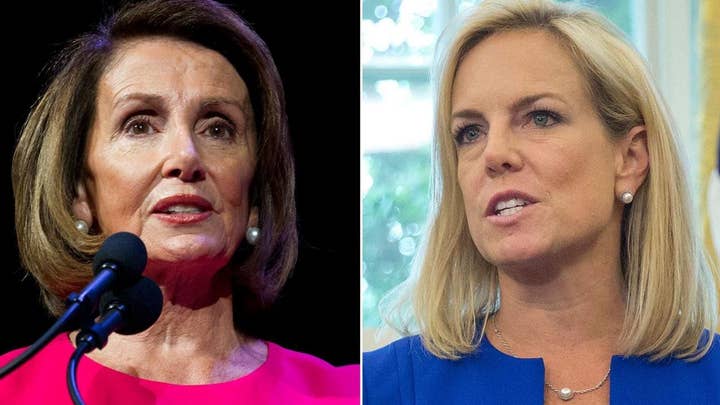 Democrats have argued the number of dangerous people cited by the administration is exaggerated. Mississippi Rep. Bennie Thompson, the Democratic chairman of the House Homeland Security Committee, wrote a letter to Nielsen calling the presentation “yet another example of the misinformation and outright lies the Trump administration has used to make the case for the president’s boondoggle border wall.”

“It’s very unlikely that 4,000 people on [a] terrorist watch list have been apprehended as opposed to 4,000 people from travel banned countries were apprehended,” Leon Fresco, who served as deputy assistant attorney general for the office of immigration litigation in the Obama administration, told McClatchy. “If so, where are they?”

But Chris Cabrera, a Border Patrol agent and vice president of the National Border Control Council, said Tuesday on “Fox and Friends” that terrorists infiltrating migrant groups is a real threat.

“The potential for people coming across – terrorist organizations infiltrating with migrant groups – is a very real threat to our country,” Cabrera said. “If you look at the border right now, the easiest way to get in would be through the Southern border.” 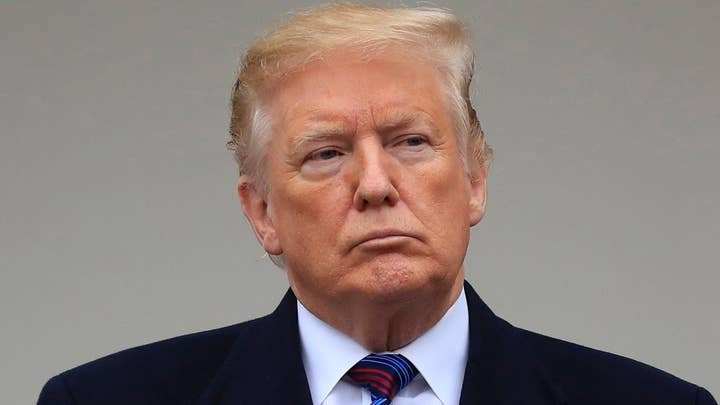 Nielsen on Monday defended the administration’s claims about terrorists trying to enter the country, though said she could not reveal the exact number.

“The threat is real,” Nielsen tweeted. “The number of terror-watchlisted encountered at our Southern Border has increased over the last two years. The exact number is sensitive and details about these cases are extremely sensitive.”

She added: “I am sure all Americans would agree that one terrorist reaching our borders is one too many. These are just the terror suspects we know about who reach our border.”

The administration has also cited a recent story from the Washington Post, a paper with whom the president frequently spars, noting the “crisis” at the border.

“Record numbers of migrant families are streaming into the United States, overwhelming border agents and leaving holding cells dangerously overcrowded with children, many of whom are falling sick,” the paper said.

The president on Tuesday plans to discuss the border situation during an address to the nation from the Oval Office, in a first for his presidency, amid the partial government shutdown.

Parts of the federal government ran out of funding Dec. 22 after Congress failed to pass a spending bill. Trump has demanded $5.7 billion to build a border wall, something Democrats have refused, and both sides are showing no signs of backing down to resolve the standoff.

The Republican National Committee has also launched a website called BorderFacts.com this week to back up the president's arguments.