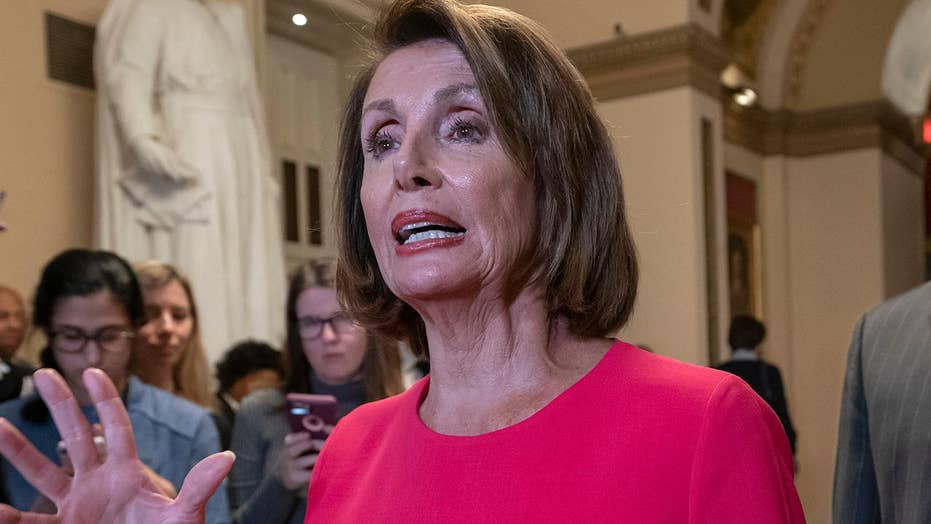 Democratic leaders Chuck Schumer and Nancy Pelosi will give a rebuttal to President Trump's primetime address to the nation Tuesday evening.

Trump is expected to speak at 9 p.m. ET from the Oval Office — a first for his presidency — to discuss border security amid a lengthy partial government shutdown. An impasse over funding for the border wall led to the shuttering of the government before Christmas; the shutdown is now in its third week.

Pelosi, the House Speaker, and Schumer, the Senate Minority Leader, had previously called on networks to give Democrats equal airtime to respond to the president. They will deliver their remarks following Trump's speech.

Trump, who has demanded more than $5 billion in funding for a wall along the U.S.-Mexico border, is expected to visit the border later this week. He's repeatedly contended there is a security crisis there and says the wall is needed to prevent nefarious people from coming into the U.S. illegally.

CAN TRUMP DECLARE A NATIONAL EMERGENCY TO BUILD A BORDER WALL?

Trump told congressional Democratic leaders during a meeting on Friday that he was willing to keep the government shutdown for as long as necessary — possibly months or even years — in order to get the border funding he wants.

He's also floated the possibility of declaring an emergency to complete his oft-repeated campaign promise.

Democrats have refused to capitulate to the administration's budget demands, and Pelosi said she intends to begin passing individual bills to reopen agencies in the coming days.

"President Trump keeps rejecting the bipartisan House-passed bills, which have already received strong bipartisan support in the Senate, to re-open the government," Pelosi and Schumer said in a joint statement. "Instead, he is still demanding that American taxpayers pay at least $5.7 billion for his wall, which can’t pass either chamber of Congress and of course Mexico is not paying for."