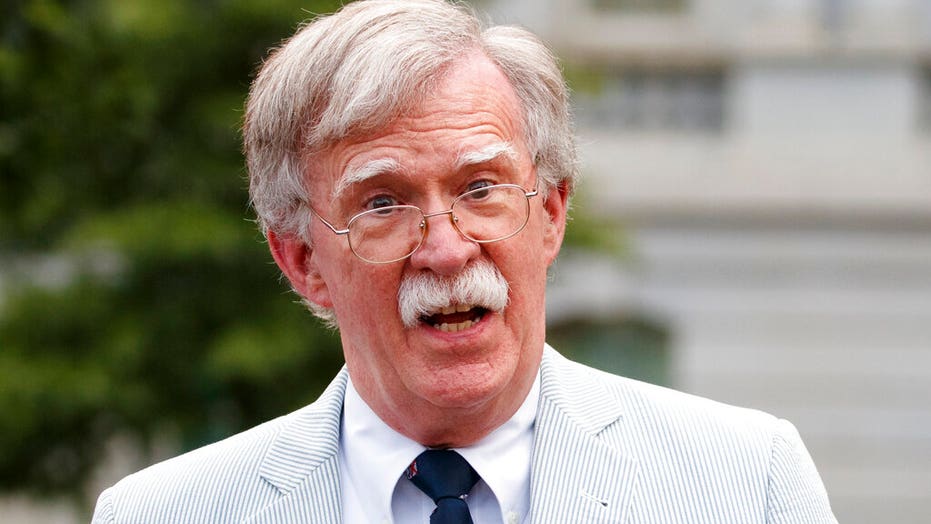 The New York Times on Wednesday reported the comments in Bolton's book “The Room Where It Happened.” Fox News has confirmed that the quotes appear in the book.

According to the Times, Bolton claims in the book that Trump was unaware that Britain was a nuclear power and asked if Finland was a part of Russia. And during Trump’s 2018 meeting with North Korean dictator Kim Jong Un, Pompeo passed the derogatory note to Bolton, the former national security adviser writes.

A month later, the secretary of state dismissed Trump’s North Korea diplomacy, saying there was “zero probability of success.”

The Wall Street Journal and Washington Post also published excerpts of the book on Wednesday. According to the excerpts, Bolton also alleges that the president regularly gives "personal favors to dictators he liked” and even asked Chinese President Xi Jinping to help him in the 2020 election.

Bolton did not agree to testify in the House impeachment inquiry last fall, but in his book reprimanded House impeachment managers limiting the scope of the inquiry to Trump’s dealings in Ukraine and moving too quickly for political reasons.

"Had Democratic impeachment advocates not been so obsessed with their Ukraine blitzkrieg in 2019, had they taken the time to inquire more systematically about Trump’s behavior across his entire foreign policy, the impeachment outcome might well have been different," Bolton writes, according to the excerpts.

In the book, Bolton says Trump often tried to pit his staff members against each other, at one point telling Bolton that Secretary of State Rex Tillerson once referred to United Nations Ambassador Nikki Haley by a sexist obscenity, an accusation Bolton doubted.

The jarring claims come a day after the Justice Department filed a complaint in federal court to block the book’s release, set for next Tuesday, saying it “has not completed prepublication review" and "contains classified information.” On Wednesday White House press secretary Kayleigh McEnany said the book was “full of classified information, which is inexcusable.”

Bolton, known for his hawkish foreign policy, served as national security advisor from April 2018 to September 2019 when he resigned. Trump said he had asked for Bolton’s resignation, though Bolton disputed this account. Bolton previously worked in the administrations of Presidents Ronald Reagan, George H.W. Bush and George W. Bush.

The White House has repeatedly challenged Bolton's credibility. A string of resurfaced video clips earlier this year led Trump to tweet "GAME OVER!" – including an interview of Bolton in August 2019 where he appears to have no issues with Trump foreign policy concerning Ukraine or any other nation. The interview seemingly contradicted assertions in Bolton's book that Trump explicitly told him he wanted to tie military aid to Ukraine to an investigation into Joe and Hunter Biden. (Ukrainian President Volodymyr Zelensky has said his communications with Trump involved no pressure for any investigation.)