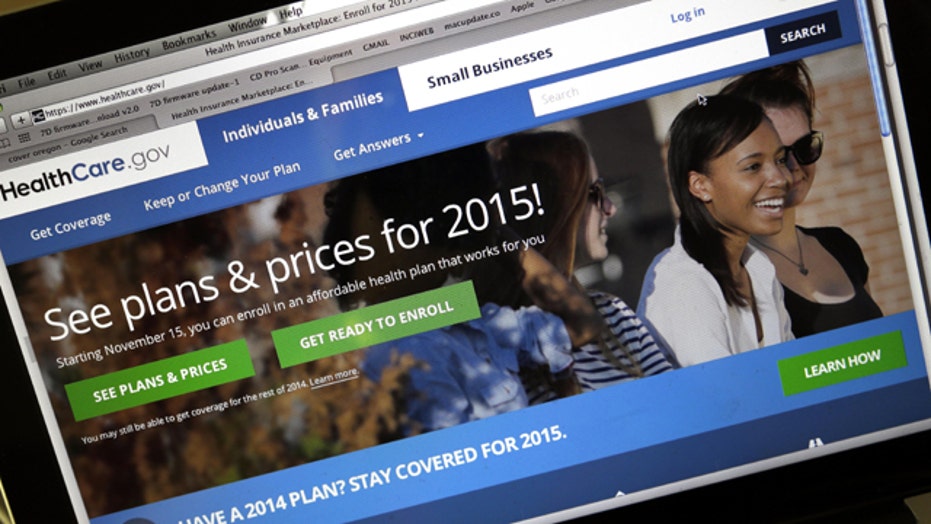 Phony applicants that investigators signed up last year under President Obama's health care law got automatically re-enrolled for 2015. Some were rewarded with even bigger taxpayer subsidies for their insurance premiums, a congressional probe has found.

The nonpartisan Government Accountability Office says 11 counterfeit characters that its investigators created last year were automatically re-enrolled by HealthCare.gov. In Obama's terms, they got to keep the coverage they had.

Six of those later were flagged and sent termination notices. But GAO said it was able to get five of them reinstated, by calling HealthCare.gov's consumer service center. The five even got their monthly subsidies bumped up a bit, although GAO did not ask for it. The case of the sixth fake enrollee was under review.

HealthCare.gov does not appear to be set up to detect fraud, GAO audits and investigations chief Seto Bagdoyan said in prepared testimony for a Senate Finance Committee hearing Thursday. A copy was provided to The Associated Press.

HealthCare.gov's document-processing contractor "is not required to seek to detect fraud," said Bagdoyan. "The contractor personnel involved in the document-verification process are not trained as fraud experts and do not perform antifraud duties."

Administration officials told GAO there has been "no indication of a meaningful level of fraud" in the program, Bagdoyan said.

Federal health care subsidies go directly to insurers, so the money does not end up in the bank accounts of individual enrollees. But health insurance is a valuable product in and of itself, with the cost of family coverage averaging close to $17,000 a year.

Finance Committee chairman Orrin Hatch, R-Utah, said the GAO's investigation reveals "negligence" by the Obama administration, which "calls into question the legitimacy of the health law's enrollment numbers and challenges the integrity of the website's security checks."

Last year, when GAO first disclosed that it had succeeded in signing up fake beneficiaries, the administration said it would work to strengthen HealthCare.gov's verification checks. Administration officials had no initial comment Wednesday on GAO's latest findings.

HealthCare.gov is an online insurance marketplace used by residents of 37 states to get subsidized private coverage under the health care law.

Although the administration has terminated coverage for more than 200,000 people who could not prove their citizenship or legal immigrant status, and some 300,000 have had their subsidies changed because of discrepancies over reported income, GAO's bogus beneficiaries largely evaded that dragnet.

It's unclear whether the fictitious enrollees would have been kicked out of the program eventually. For example, no tax returns were filed on behalf of any of them. Since health insurance subsidies are income-based, tax returns are one of the main ways the government checks applicants.

Investigators said their bogus enrollees received unclear correspondence that failed to identify the problems with their applications.

"Rather than stating a message directly, correspondence instead was conditional or nonspecific, stating the applicant may be affected by something, and then leaving it to the applicant to parse through details to see if they were indeed affected," said Bagdoyan.

The fake enrollees also got some perplexing instructions from HealthCare.gov. Eight of the 11 were asked to submit additional documentation to prove their citizenship and identity. But the list of suitable paperwork detailed documents for verifying income instead.

About 10 million are getting coverage this year through HealthCare.gov and state health insurance markets. GAO said the results of its undercover testing, while illustrative, cannot be generalized to the full population of applicants and enrollees.